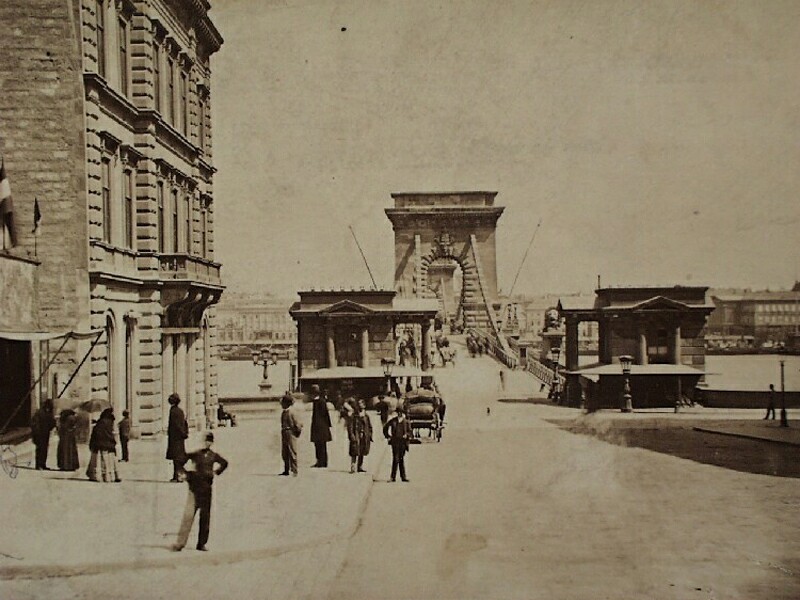 The first permanent bridge between Pest and Buda was built between 1839 and 1849. Count István Széchenyi played an important role in carrying out the execution. He was the one who made legislation accept the necessary laws, primarily the one which - in contrast to contemporaneous practice - obliged noblemen to pay fee for the use of the bridge. The count encouraged the establishment of a joint-stock building company, and Széchenyi forced the town council to accept the plans and chose the designer himself.

The banker György Sina, the director of the joint-stock company arranged financial backing. The planned cost of the construction work was three and a half million Forints, but it actually cost 6.2 million. (This was more than half of the yearly revenue of Hungary.) In return for the company's costs it was granted the right to levy customs for 97 years and the privilege of crossing the Danube in the region of the capital.

The Englishman William Tierney Clark was commissioned to draw plans and to implement them. His model was his suspension bridge over the Thames at Hammersmith which opened in 1827. They chose this type - the three-part chain bridge - so that the fewest possible pillars would hinder ice flows on the river in winter. The size of the Budapest bridge, however, exceeds that of its predecessor: its openings - starting from the bank pillar - are 88.7 + 202.6 + 88.7 meters, making the total length 380 meters.

His namesake, the 28-year old Scottish engineer, Adam Clark was responsible for controlling the work in progress as a construction engineer. Work started in 1839. The best available materials were used for building the bridge. Wood was brought from the forests of Slavonia, the bricks were burnt in the Pest and Óbuda brickworks. A local plant was set up to make the cement and the raw materials were delivered from Beocsin, Slavonia. Granite was mined in Mauthausen, Austria, and sandstones were cut in nearby Vác and Sóskút. Most of the iron structure was made in England and only the insignificant elements were ordered from a Hungarian foundry (Derno) and the Hengermalom machine works in Pest. 500-600 people worked in one of greatest projects of contemporary Europe, and twice as many people worked in making the building materials and in the quarries. The machine operators and iron mechanics were employed from England, some of them - like Adam Clark himself - settled in Hungary permanently.

In the summer of 1848 the bridge was almost ready, and was temporarily used by the military. In May 1849, during the siege of Buda, Clark saved the bridge from being blown up by imperial troops by flooding the chain chambers. The gunpowder box placed onto the iron structure did not inflict any real damage to the bridge. It was opened to the public on 20th November 1849 in a depressed atmosphere following the War of Independence. The first person to ride along the bridge was the feared imperial commander-in-chief, Haynau. The lions - the sculptures of János Marschalkó - were placed there a year later. 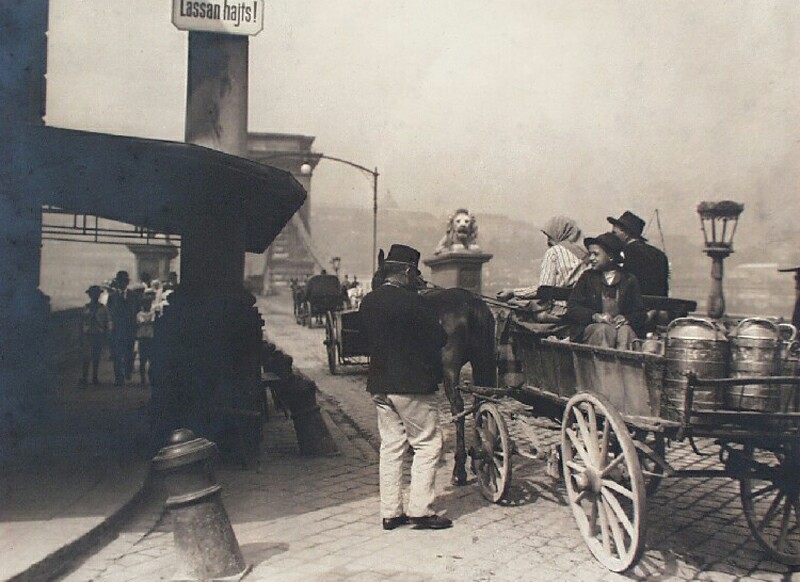 The bridge was bought from the building joint-stock company by the government in 1870 so that their crossing monopoly could not prevent the building of further bridges across the Danube. On the 50th anniversary of its opening, in 1899, it was named Széchenyi Chain Bridge.

By the beginning of the 20th century the iron structure was so worn out that a complete change was decided upon. This was made between 1913 and 1915, although the appearance of the bridge was preserved. The "new" Chain Bridge, however, did not have a long life, in spite of it having been made from more modern materials: on 18 January, 1945 retreating German troops blew it up together with all the other bridges in Budapest.

After the war (between 1947 and 1949) the Chain Bridge was reconstructed in its 1915 form. During its reconstruction old material found in the Danube was used. In the course of rebuilding the width of the road was extended from 5.40 meters to 6.45 meters. The bridgeheads were also extended and the customs houses were pulled down. The reconstructed bridge was opened to the public on 20th November 1949, on the 100th anniversary of its original opening. Certain parts of its old structure can be seen in front of the Museum of Transport, and at the Technical University. 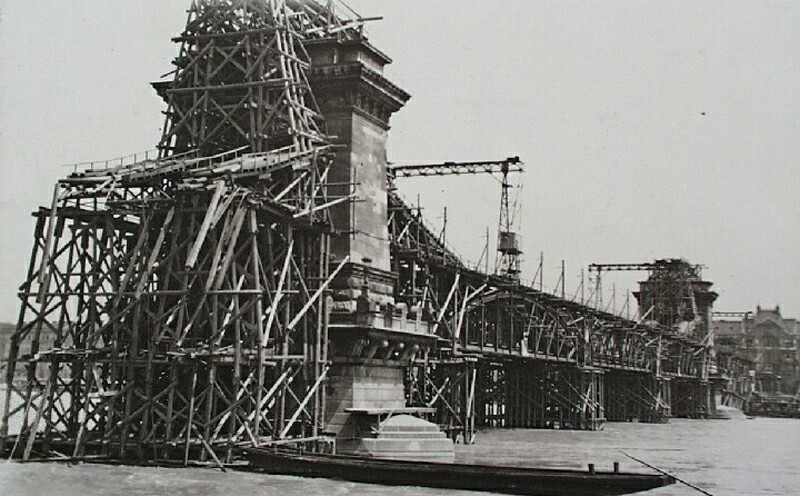 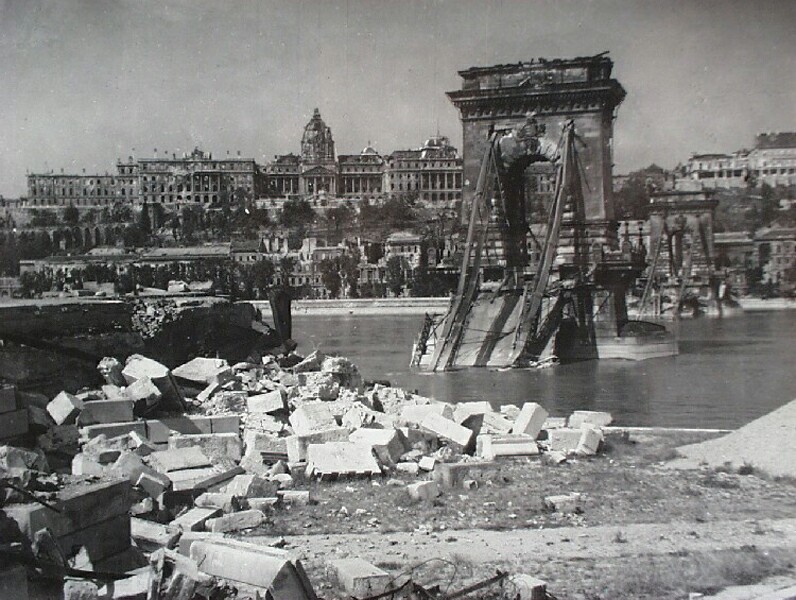