Life Reviving amidst the Ruins 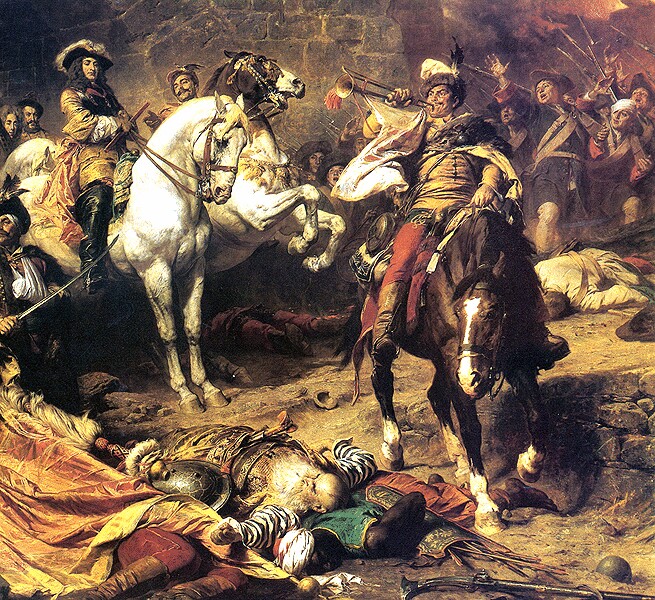 Exactly 145 years after the first kutbe - an official Turkish prayer on Friday - was heard in King Matthias's church, on the 2nd of September 1686 a Christian banner was again waving over Buda.

A few weeks after the withdrawal of the troops government officials and craftsmen arrived in Buda to reconstruct the walls and build accommodation for the 4,000 strong garrison left in the town. The only building materials to be found on the site were stones. Wood was brought from the Carpathians, roof tiles, nails, bands and even the locks of the town gates were brought from Vienna. Officers and officials occupied the most useable buildings. The staff and simple craftsmen utilised the cellars to shelter from the first winter, or they made some rooms in the ruined houses useable by patching the holes with planks. They usually cooked in the open air. 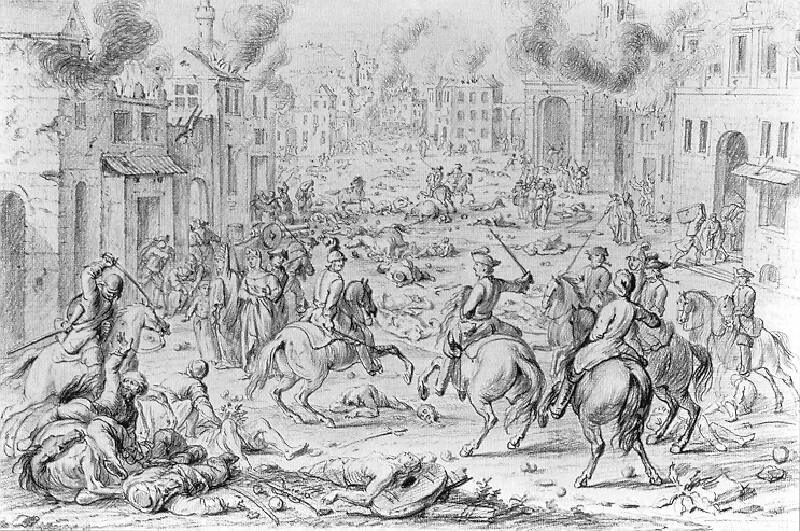 The revitalization of the town became the task of the royal chamber, which sought to establish offices here. In this all but deserted settlement the building plots were distributed free or sold at very low prices, although the buyers were obliged to develop them. The abundance of useable building materials from the ruins made the task of the new owners easier, and they managed to rebuild the town in two decades. Nevertheless a visitor in the 1760's would still be able to see various ruins from the time of the siege. 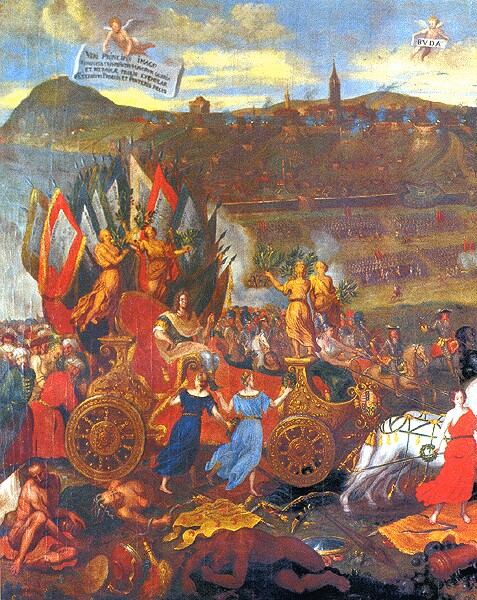 During the reconstruction the castle preserved the structure of a medieval settlement in its main features. The network of streets and plots barely changed. The number of building plots decreased from 388 to 290 owing to plot mergings. A significant development was the forming of the bastion Lane on the western side. Earlier a row of houses leant on the top of the town wall, but in reconstructed Buda this typical medieval way of building can only be seen in the section between the Halászbástya (Fishermen's Bastion) and the Víziváros Kapu. In many places crossroads were enlarged into squares: Szentháromság tér (Holy Trinity Square) and Szent György tér (Saint George's Square) were formed then. Many small dead-end streets were closed. During the formation of the building blocks of religious orders, several smaller building plots were merged and the remains of medieval houses were demolished so that enormous churches and convents could be erected on the sites, all of which changed the townscape significantly. 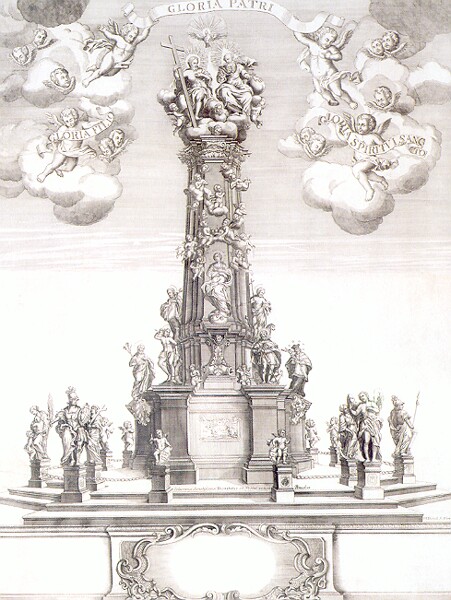 The reconstruction of town walls and bastions was considered an urgent issue, and their medieval structure was preserved. The complete reconstruction of the fortress took decades, the biggest rondellas only being completed in the middle of the 18th century. Since the settlement preserved the features of a fortress, several military buildings were erected: barracks, storehouses for food, army warehouses and a military hospital. Many of these could be found in the town, especially in Szent György tér: the headquarters of the garrison, the weapon warehouse, the canon arsenal and several barracks stood here, and from 1786 the Hungarian general headquarters of the army was set up here, too.

Being a civilian town, the royal palace was rebuilt relatively late. The ruined walls were demolished only three decades later, and the first building of the new palace complex was erected half a century after the liberation of the town, in 1735. 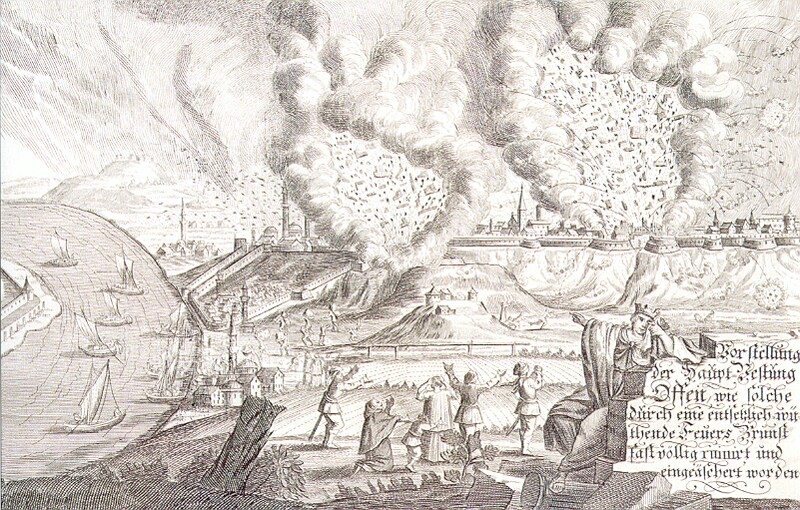 The revival of the town was interrupted, and sometimes even set back by numerous catastrophes. In 1691, for example, the army returning from the Balkans spread an epidemic of plague in Buda, which continued to claim lives for many years. The first column of pledge, the Holy Trinity Column (Szentháromság-oszlop) was erected in the memory of the plague in front of the Church of Our Lady in 1706. At that time the square was called Bei den Saulen (at the column). In 1723 the town was overcome by another terror when one of the houses at the Bécsi kapu (Viennese Gate) caught fire on Easter Sunday. The fire spread rapidly in the strong winds and consumed the western part of the town within an hour. Therefore this part of town had to be rebuilt. The fire caused a gunpowder explosion, which destroyed the Fehérvári Kapu, as well as several buildings in Szent György tér.