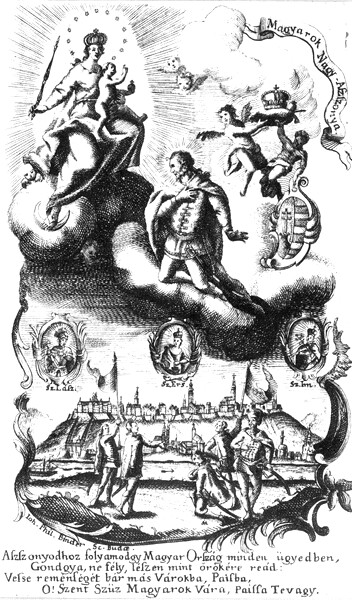 In 1686 the first owner of the reviving town was the army represented by the captain of the fortress. After the army the civil authorities also appeared: the Buda chamber administration declared that every estate of the newly conquered town and their income was the property of the treasury, and the director of the chamber became the administrative and executive authority of the town. Soon a third party appeared on the stage: the citizens of Buda, who wanted to administer their affairs themselves.

The representatives of Buda and the simultaneously reviving Pest were already invited to the Diet of 1687. The new mayor representing Buda learned there what significant economic and juristic conditions medieval Buda benefited from and what favourable circumstances the regaining of the old privilege would bring to its development. In the same year they petitioned the ruler to give back the old privilege of being a free royal town. The chamber, however, was unwilling to give back the territory - especially since it hoped for promising incomes. With this a long struggle commenced to regain medieval rights, and this was fought hand in hand by Buda and Pest.

The Empire, which had incurred great debts during the war against the Turks, now found itself involved in the Spanish war of succession. Because of the war the country was literally robbed (in fact this was the immediate cause of the Rákóczi War of Independence, which broke out in 1703). Nor was Buda spared the crushing taxation. An audit by the chamber in 1701 found only 50 pennies in the treasury. The country was in difficulties, and this opened up the opportunity for liberation. Buda, Pest, Székesfehérvár and Esztergom made an agreement with the chamber in the spring of 1703 to pay 20,000 forints as "weapon redemption" in return for their privileges. Buda paid the greater part of this money, i.e. 8,600 forints. King Leopold I signed the letter of privilege on the 23rd of October 1703.

The magistrate performed the everyday tasks of administration, jurisdiction and economy, with the mayor and town judge in charge. The counsellors were helped by a growing number of special offices: the chancellery provided legal expertise, and the chamber office managed the incomes of the town, which was supervised by the audit office. In the course of time the recording of land registers, orphans and tax collection, which was carried out by a single counsellor, became a separate office. The concentration of executive duties in the office of town captain took place relatively late, in the 1780s. A growing number of professionals and trades people served the town: doctors, midwives, hospital wardens, watchmen, night guards, teachers, musicians and, of course, hangmen.

The activity of the magistrate, and especially the economy, was supervised by the communitas. It had two boards: an external council of 24 members and the council of voting citizens (consisting of the representatives of guilds and the dignitaries of the town). So the management of the town was in the hands of 100-120 citizens, and the majority of residents had no influence.

In the 18th century Buda did not have a book of law similar to the one it had had in the Middle Ages. In legal practice they applied Roman, Austrian, German and Hungarian laws in a rather eclectic way. 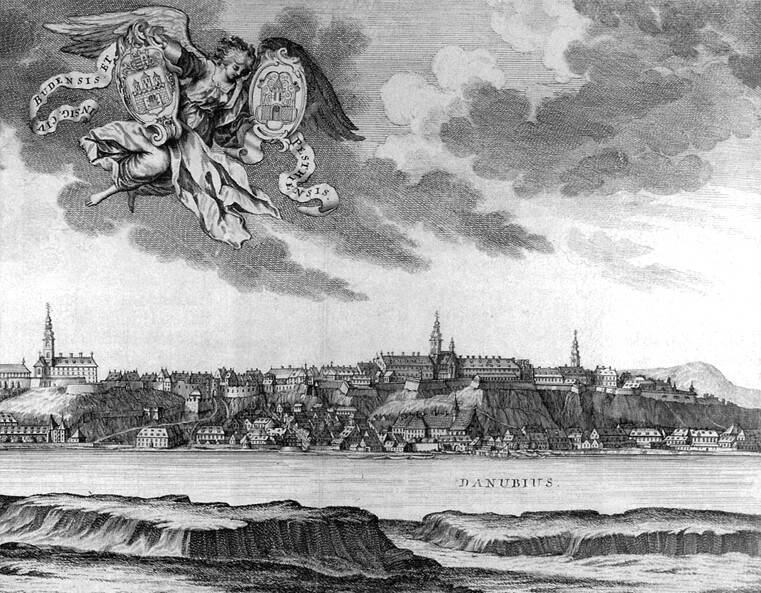