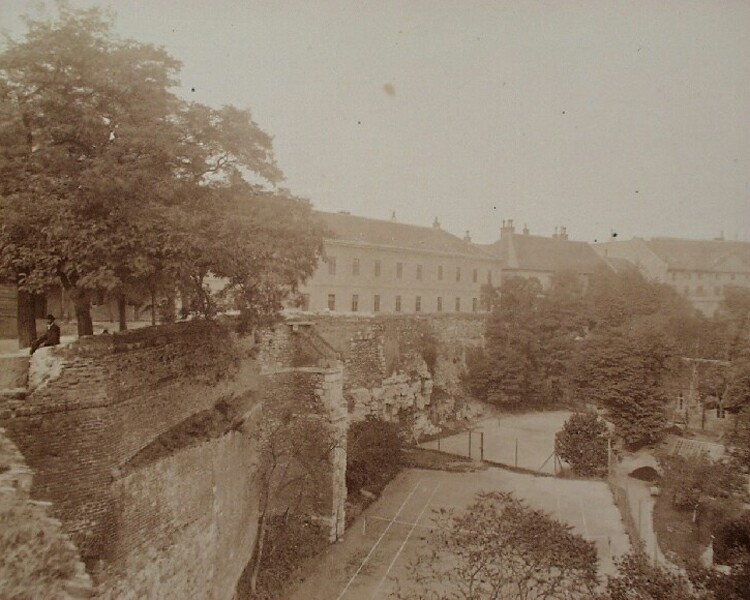 Fishermen's Bastion is one of the best-known sights of Budapest, and one of the symbols of the city. Its name can be explained by the tradition that its defense was the responsibility of the guild of fishermen, but it is more likely that it derived its name from the part of the town under it which was called the "Town of Fishermen". The northern side of the wall - in the place of today's biggest tower - was closed down by a Communication-bastion. In this section - near Saint Michael chapel - there is a footpath and a staircase connecting the town to the Castle. This was used by fishermen going to the fish market and László Hunyadi tried to escape from his prison through it in 1456. The section of the Castle wall, which is called the Fishermen's Bastion, was rebuilt according to the most modern principles of defence. When it ceased to be a fortress after 1874 several plans were made to rebuild this section of the wall with bricks. The occasion came in the 1890s when Matthias Church was rebuilt and a pleasant neighbourhood had to be made, worthy of the beautiful building. So the re-builder of the church, Frigyes Schulek designed a neo-Gothic building onto the medieval town walls.

Schulek kept the 18th-century fortress system as a core, but the rigidity of undivided, massive bastions and walls was broken up by richly applied new architectural elements and it was adjusted to the architecture of the Matthias Church. On the corners of the bastion five small and one large tower was built. The smaller towers are cylinder shaped, their walls are decorated by arcades and crowned by richly moulded cornices. The bigger tower - built on the former "Communication bastion" - is one-level higher and a separate staircase and stair tower belong to it. The towers are connected by closed arcades, which are reminiscent of Roman-style convents. The town walls were recovered and the central part was given a rustic stone cover. In the place of the narrow Jesuit staircase a new more impressive one was built which is quarter turn on the upper level. It still bears the name of the architect. Schulek paid attention to the details: the spires, the capitals, the stone benches, the fountains, the windows and covers are different but provide a harmonious impression. The corridors and bastions are lit by pole and hanging lamps.

The alteration of the Fishermen's Bastion started in 1899 and finished in 1902. During the alteration valuable archaeological finds were uncovered (the chapel of the church of the Dominicans, known as the Dominican Court, was excavated at this time). Schulek's building soon became the symbol of the city. In 1928 the ceremonious floodlighting was finished, so it became one of the main elements of the night view of the city. 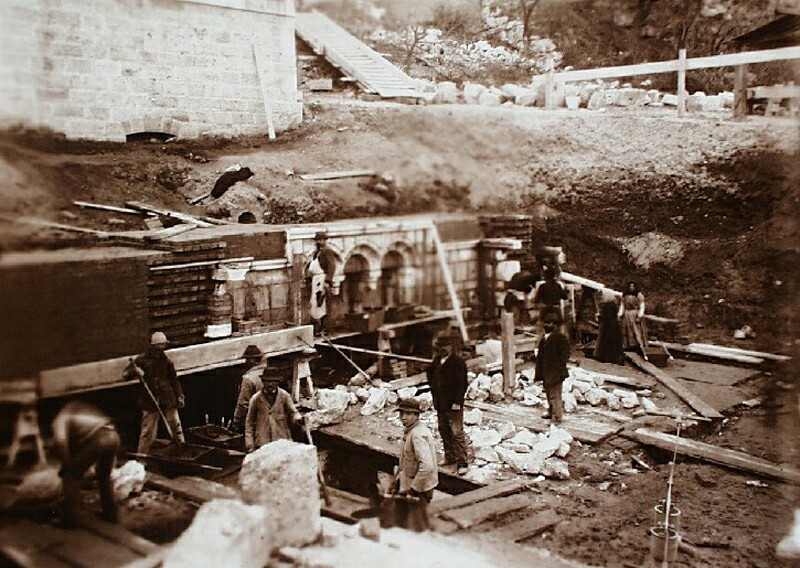