Two-storey house with a reconstructed medieval frontage. This building has very similar features with the two standing to the north and together they form a distinct group. The building's street wing with its balcony originates from the 15th century, and was expanded by another new wing on the southern side of the court in the 16th century. Although the building suffered damages during the 1686 siege, it nevertheless remained in a relatively good condition and this applied to the floor level, too. During the rebuilding that took place at the beginning of the 18th century, the house was given a simple Baroque frontage, and the balcony was given two supporting pillars. The building remained unchanged until World War II. It was severely damaged as a result of the war siege, and many unknown medieval remains appeared under the crumbling plaster. The building was rebuilt in 1950, by partially restoring its medieval features. 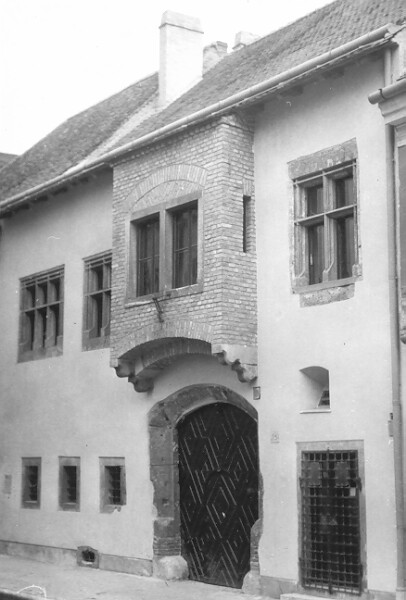