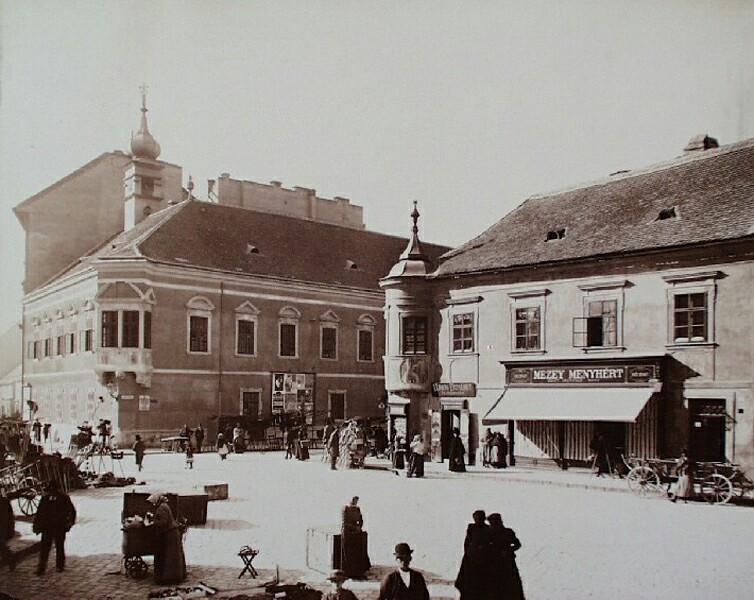 The entire southern side of the tiny Szentháromság (Holy Trinity) Street is occupied by the two-storey Town Hall built during the 18th century, the harmonic side facades of which are facing Tárnok and Úri Streets. The building is currently not open for visitors, as the Collegium Budapest operates among its walls and hosts foreign researchers.

The exact spot of the Town Hall of the medieval Buda town has not been identified. The town council, - which was newly established once the town was taken back from the Turkish occupiers, - was given two plots from the Royal Chamber in 1688. The purpose was to build a town hall alongside the street that is Szentháromság Street today, the ruined medieval buildings of which were restored between 1689 and 1690. Of the two buildings, the one that stands on the eastern side (facing Tárnok Street) was occupied by the council, while the one on the western side (facing Úri Street) was given over to the town guards. The building gained its unified Baroque features in two phases during the 18th century. Within the framework of the first phase between 1702 and 1710, the council building was renovated: the older parts of the building were preserved in the ground floor area, while new halls and a richly ornamented angle bay-window were newly built on the first floor. Between 1714 and 1715 a chapel was also established on the first floor for the Holy Cross relic and for the relics of St. John the Almoner which was returned to Buda from Pozsony. A bell tower above the chapel was also constructed. The fire of 1723 caused extensive damage to the building; however, this was repaired the following year. The western side was built between 1770 and 1774 so that its features would harmonise with the earlier constructed eastern wing. The rococo ornamented main staircase placed in the court wing vertical to the street was also built at this time.

The building used to be the town hall right until 1873, the date of the unification of Buda and Old Buda, after which it was taken over by the borough council of district I. (until 1944). After World War II the building was restored, and became the home for the Castle Museum. From 1967 for a quarter of a century the building was used by the Institute of Linguistics of the Hungarian Academy of Sciences and since 1991 it has belonged to the Collegium Budapest. 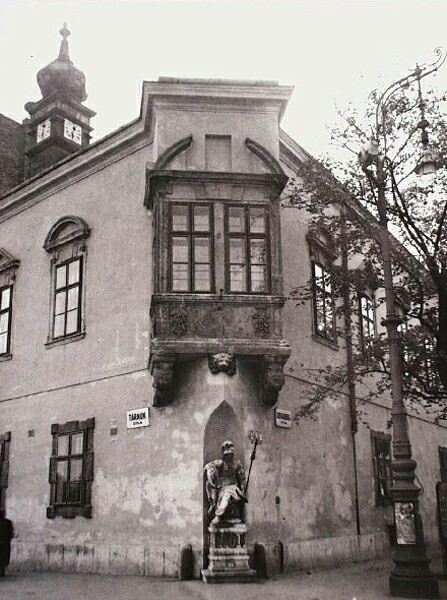 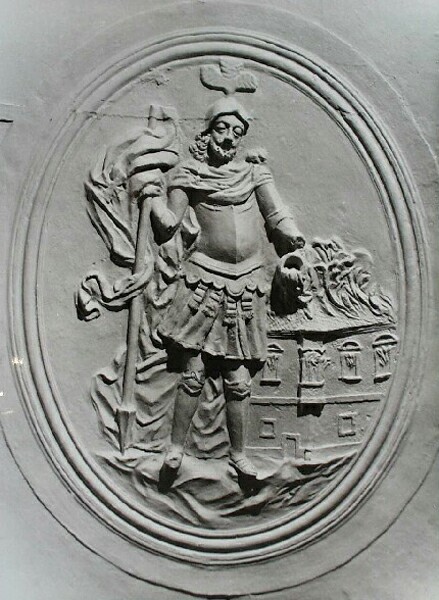