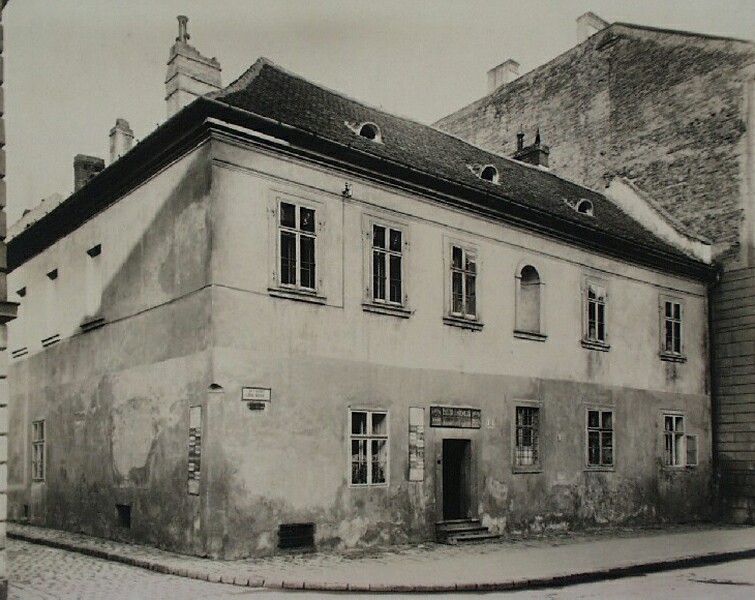 Two-storey burgher's house at the corner of Úri and Anna Streets, rebuilt during the 18th century by using valuable medieval remains. Based on a building survey the house was restored by preserving both medieval and Baroque elements. It is one of the rare examples of the medieval trading houses that used to stand at the town's medieval market place. The large medieval windows through which the traders used to serve the street customers, the narrow entrance doors as well as the smaller, square windows which let the light into the warehouses are visible on the ground floor. The stubs of the consoles above the windows are remains of the semi-roof, which used to provide shelter from the rain. The windows upstairs date back to the Baroque rebuilding and only fragments of the medieval windows appear. The lion holding the coat-of-arms at the angle of the building is an indication of the wealth of the owners. The frontage is decorated by a mural painting imitating medieval ashlar work. 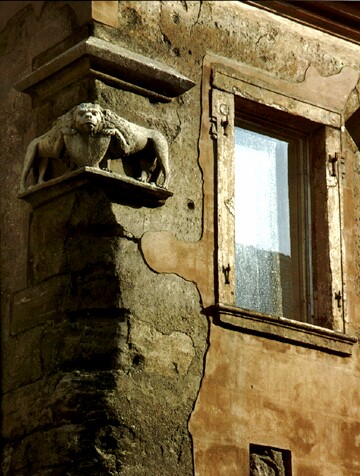 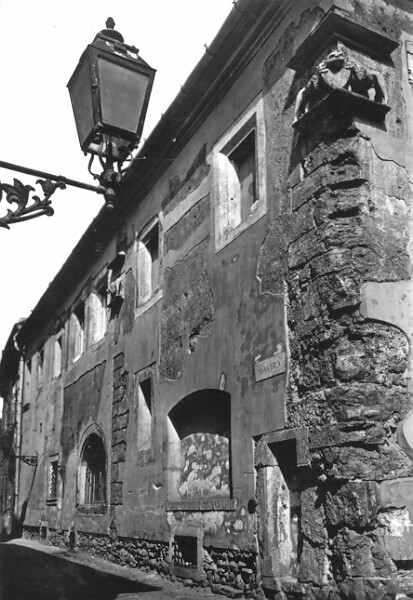 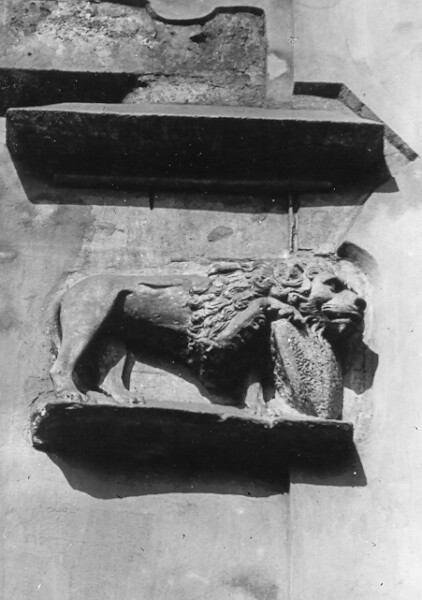