Two-storey building with a medieval gateway, built over the ruins of two medieval houses at the beginning of the 18th century. Originally it had a six bays long front with baroque stone framed windows. Its stone framed entrance is equipped with modern iron bars. There are pointed arched, traceried sedilia on both sides of its 15th-century barrel vaulted gateway, and on the inner section of the floor the original medieval stone cover can be observed. The rooms of the ground floor were originally covered with Baroque groined vault. The ground floor of the courtyard wings looking onto Bastion (Tóth Árpád) Lane was covered with domical vault. 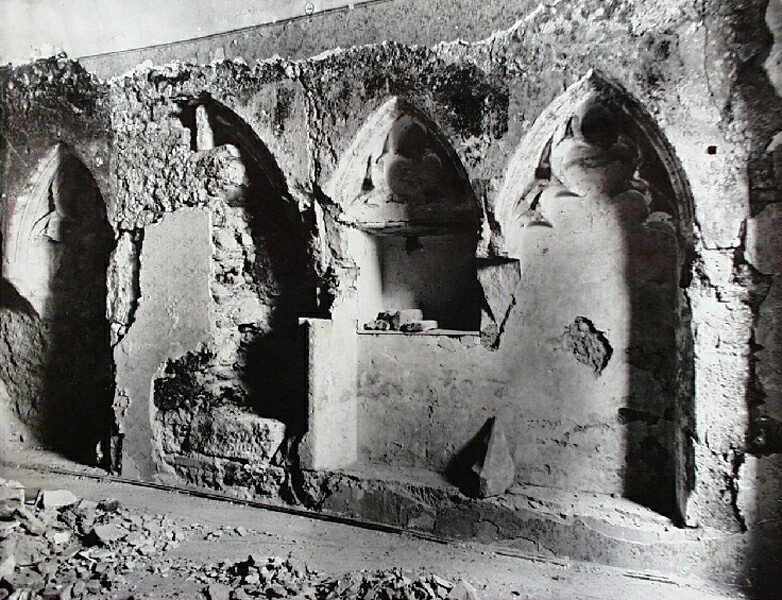 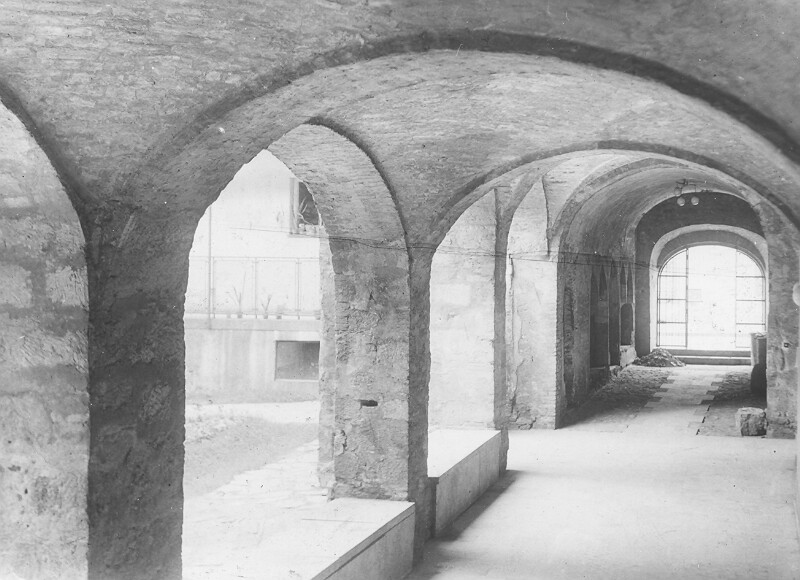