Two-storey building with a Baroque Classical front and medieval interior details. The site was once occupied by a two-storey house, which was destroyed in the 1686 siege. The present form came into being during its rebuilding around 1780, when its front was altered in Baroque Classical style, its gateway was revaulted and a courtyard wing was added. Its four bays long facade is crowned by a cornice and there is a string course above the ground floor. On the first floor there are windows with plain frames. In the lintel panels with festoons there are rosettes surrounded by branches. On the right side there is a basket-arched gate, with original wings decorated with Baroque and Empire elements, and with a Baroque Classical festoon over its keystone. The number (65) painted above the gate was in use around 1780. Its gateway is domical vaulted and a 16th-century barrel vault covers the room to the north of it. Its courtyard wing is partly covered by Baroque intersecting barrel vault. 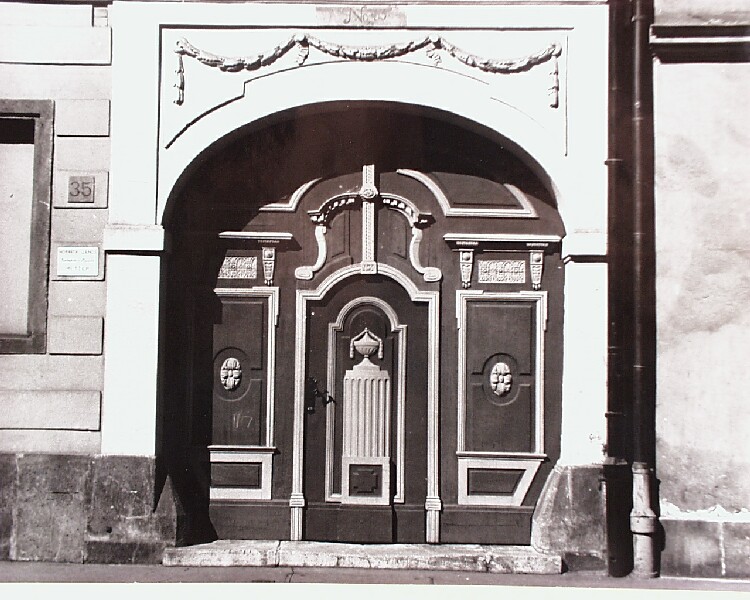 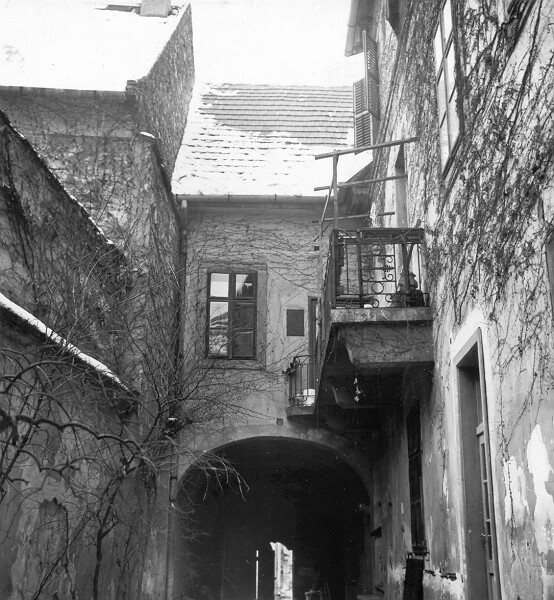