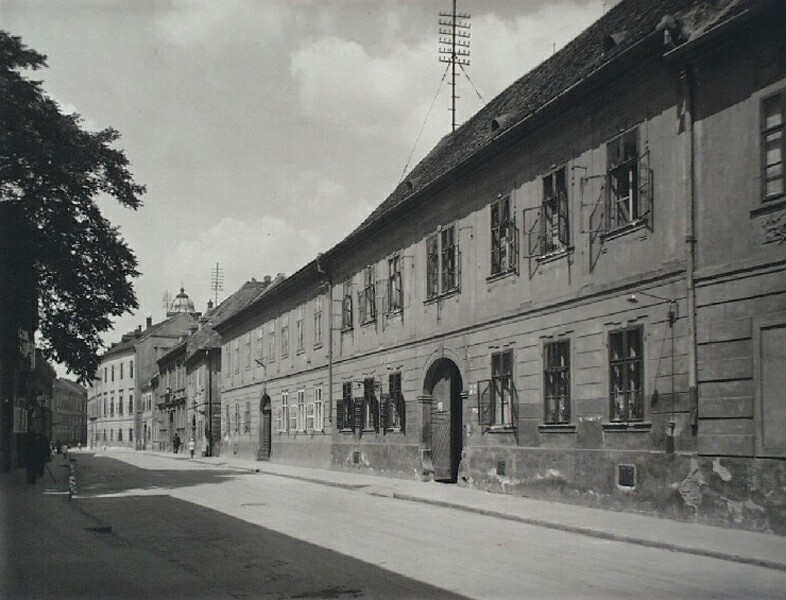 Two-storey building with a Baroque front, built on the site of two medieval houses at the beginning of the 18th century, rebuilt in the second half of the century. Its eight bays long main facade is closed by an entablature and there is a string course above the ground floor level. The upper level is divided by pilaster strips, and in each bay there are stone-framed Baroque windows with leaf ornamentation. On the ground floor, under the two central windows of the upper level there is a basket-arched gate with Baroque stone-frames and keystones. The ground floor windows have frames with keystones. Its side facade is similar with nine bays without pilaster stripsd. Its gateway consists of two sections: the one from the street has an intersecting barrel vault, while the one from the courtyard is divided into two domical vault sections. The rooms towards the street have Baroque barrel vaults, while the ones towards the yard have domical vaults. There is an arcade along the ground floor and the upper level of the northern side. 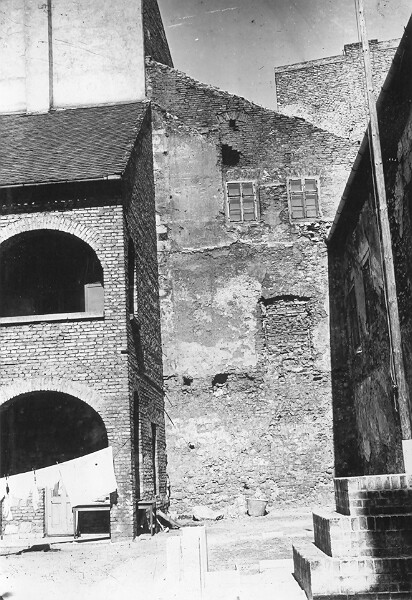