The two-storey house was built as a mansion by its owners. Today's facade shows the earlier Baroque façade, instead of the Eclectic facade from the end of the 19th century, which was damaged in the siege of 1944-1945, although its tympanum decorated with puttos were left unchanged. Passing through the barrel-vaulted gateway placed in the middle axis one can see a neo-Classical stone-consoled corridor in the courtyard. 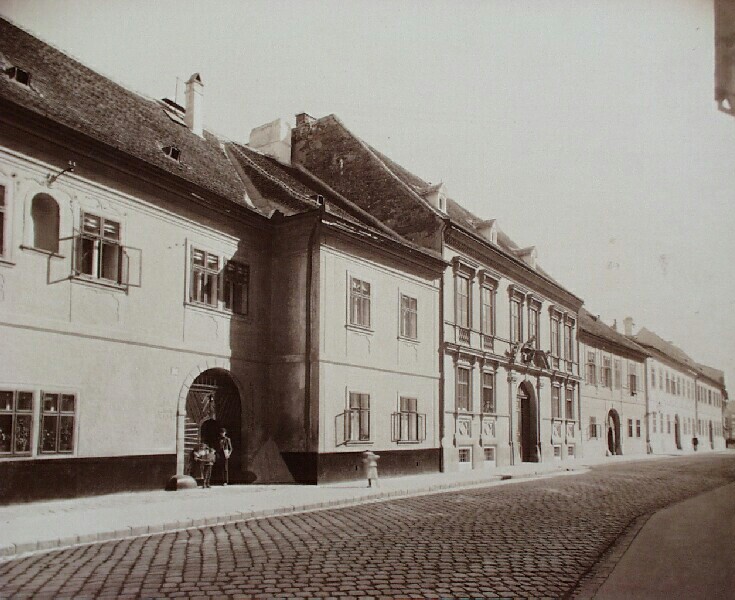 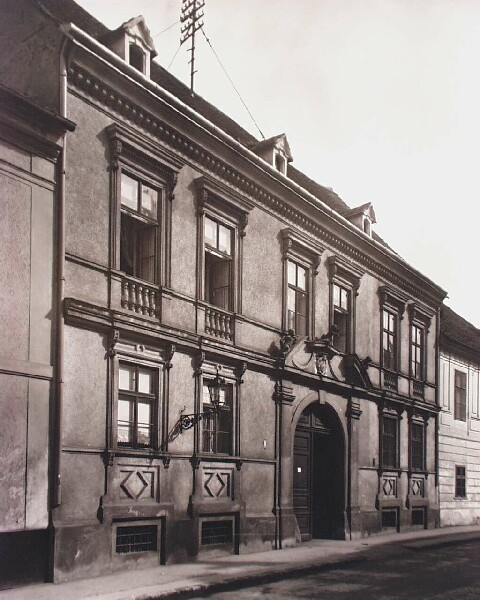