This is a simple baroque burgher's house, which suffered only minor damage during the respective sieges of 1686 and 1944-1945, thus it preserved a significant amount of original details. There are sedilia in the northern wall of the barrel-vaulted gateway of the building erected on a narrow building plot. On the southern side of the gateway the series of vaulted rooms are of medieval origin, and a considerable part of the walls of the second floor originate from the same time. The current building preserves Baroque features, since the window- and doorframes and major part of the plaster are mementos of the 18th-century rebuilding. The roof structure is a rare exception among the buildings of the Castle district, it also originates from the 18th century. 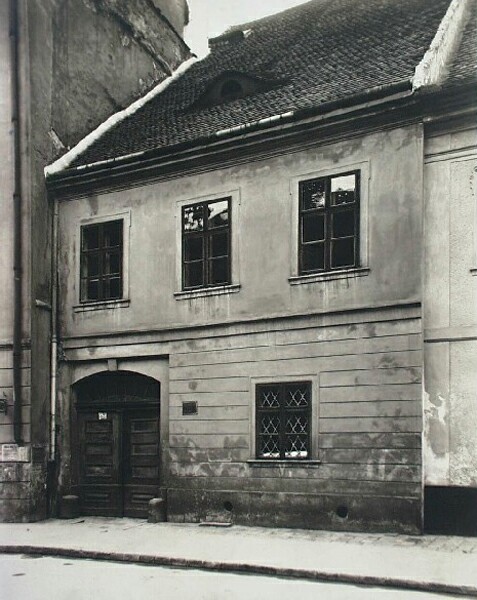