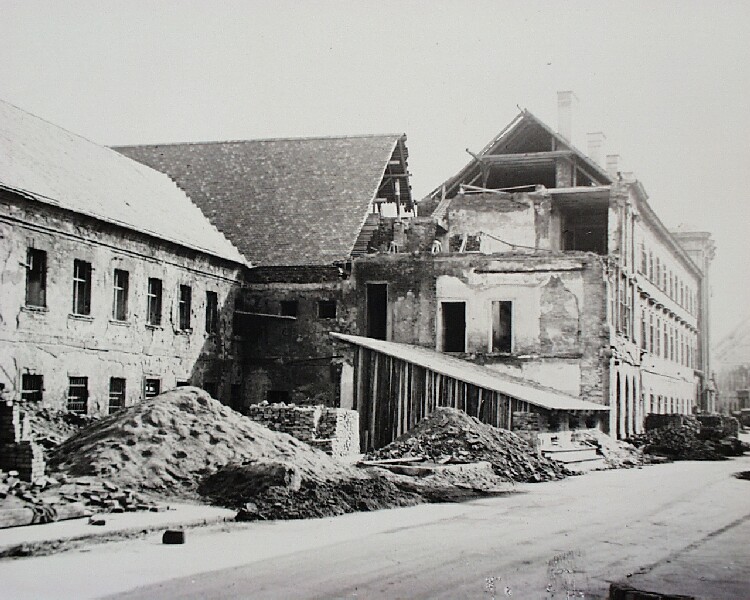 The Franciscan monks, coming to Buda after the 1686 siege, occupied the ruins of a medieval church named after Mary Magdalene and the neighboring four private estates between Úri Street and Országház Street. They had built their convent on this site by 1741. The two-storey convent surrounding the enclosed, quadrangle courtyard adjoined the church on the north and the whole complex was surrounded by a stonewall.

In 1786 - after Joseph II dissolved the Franciscan order - a so-called provincial board (the predecessor of the Land Register Office) and the National Archives of the country were housed in the building of the convent. After Joseph's death the provincial board was dissolved, and the Buda main headquarters was relocated into the building. In 1795 the prisoners of the Hungarian Jacobin movement led by Ignác Martinovics were held here, with Ferenc Kaziczy, the leading figure of the Hungaria language reform among them. Seven of the prisoners were later beheaded on the field under the Castle, on today's Blood Field (Vérmezo). From 1795 the offices of the main administrative body of the country, the Council of the Royal Governor operated here. With the establishment of the civil administration in 1848 various ministries moved into the building housing the offices of the Council of the Royal Governor. 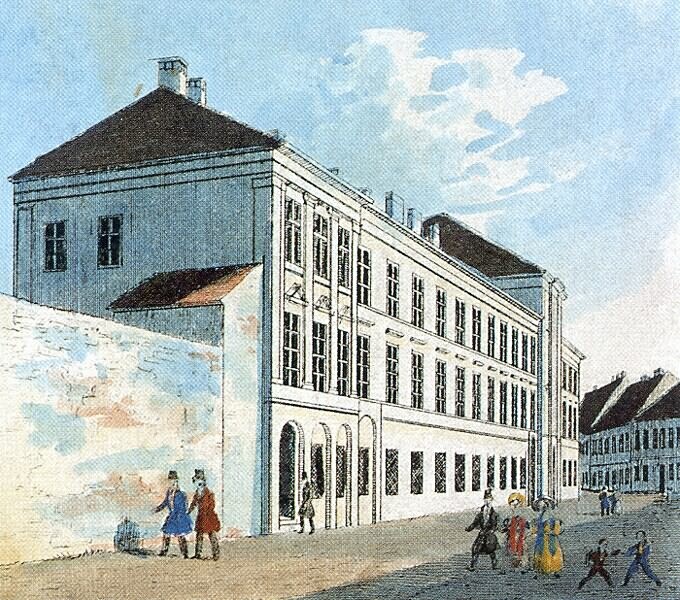 During the period of neo-absolutism (1849-1867), the building was still being used as the center of administration, but after the 1867 Compromise the Home Office was established in it. As the two-storey building of the former convent became too small, the wing in Országház Street was pulled down, and between 1870-1872 a four-storey building was built on the site. It was damaged in World War II and rebuilt in 1950. Then the connecting wing between the convent and the church was pulled down so a narrow passage could be opened between them. The former convent and the former center of administration is now a centre of scholarship: the Institutes of History, Ethnography and Law of the Hungarian Academy of Sciences operate within these walls.

The eight bays long Úri Street front is crowned with a cornice. On the ground floor and the first floor there are Baroque windows with simple frames. The side facade parallel with the church also has eight bays and it is similar to the street one, with original Baroque windows. Barrel vaults cover the ground floor. The former refectory of the convent can be found on the ground floor of the cross wing in the yard. The trial of the convicts of the Martinovics conspiracy took place in the barrel- vaulted room with six windows and Baroque plaster ornaments. The room named in their honour, the Jacobin room, is used for scientific events today.