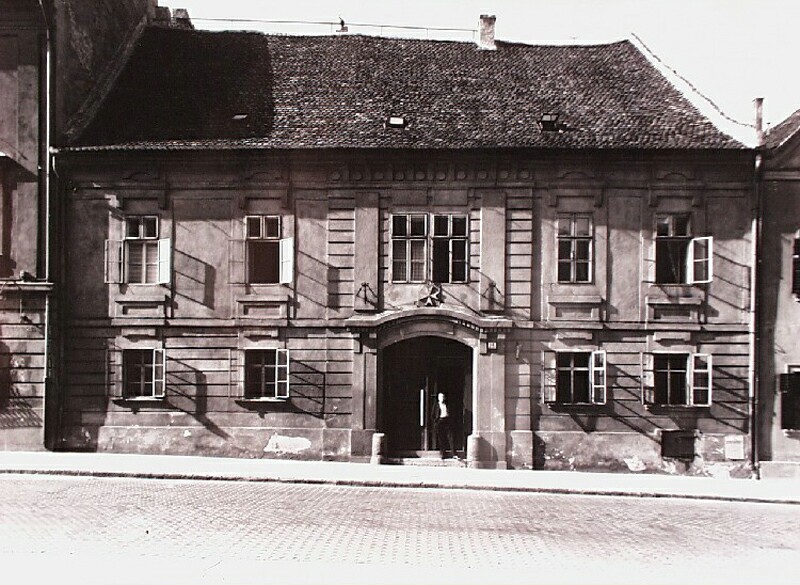 It is a single-storey Baroque Classical dwelling house. The original medieval building can be traced back from the 13th right until the 16th century, and was still standing at the end of the Turkish era. Some parts of it were used when a new building was erected on the plot at the beginning of the 18th century. Around 1790 it was rebuilt in Baroque Classical style and the wing at the northern part of the court was also built at this time. The corridor in front of the court facade and the staircase were built around 1820. Before the Second World War the building used to belong to the Knights of Malta. It was severely damaged during the war siege and as a result parts of the original, medieval frontage were discovered. The Embassy of the Independent Knights of Malta still operates among the building's walls.

There is a central projection and a three-centred arched gate on its five bays long frontage. A characteristic feature of the gate and the central projection is that they are located slightly right from the axis of the frontage. The reason for this is that the former medieval house was constructed with a very similar arrangement, and the new building adopted the main structural elements of the original. Besides the vaulting inside, the street wing preserves significant remains from the 14th and 15th centuries: a Gothic door and window connected to each-other on the ground and the framing stones of the two second-storey windows. The second storey section of the frontage north from the gate is built on stone consoles and thus is slightly projected forward.. 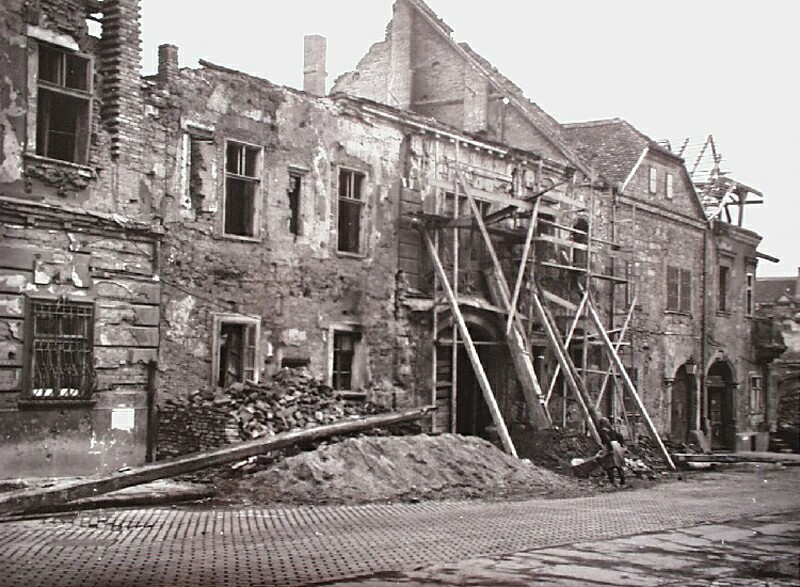