This is a two-storey small house of medieval origins and with Baroque features. The upper frontage was destroyed during World War II. The building in its current form is the result of an imaginative reconstruction work. The three-centred arched stone-framed gate opening on the left was renovated by using the original pieces. The barrel-vaulted gateway and the room with a cross vault on the right are both of medieval origin. 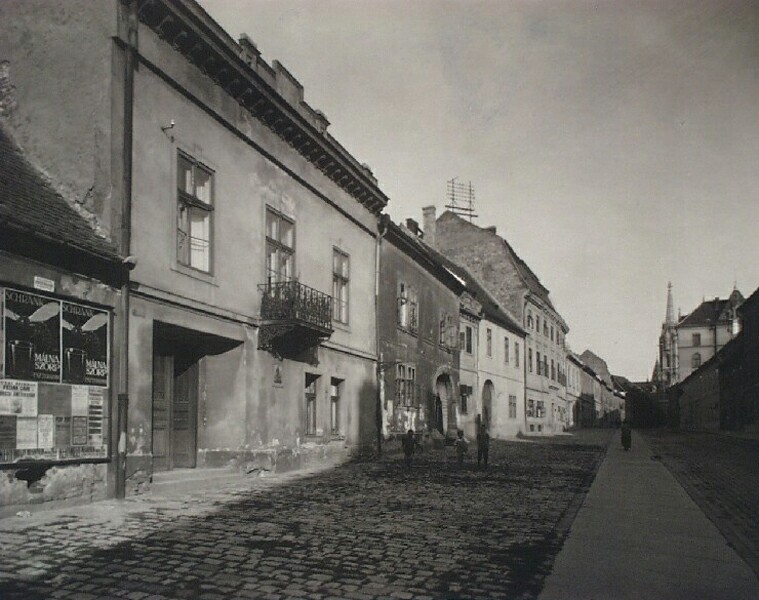