This unpretentious building was constructed at the beginning of the 18h century on the site once occupied by a medieval house. It was rebuilt in neo-Classical style in 1820. Today the only remainder of its neo-Classical appearance is its gate, since the original parts were destroyed during alteration work in 1930. In the niche located between the far right windows of the five bays long frontage a statue of the Virgin Mary can be found. Beneath on the string-course a stone carving of a coat-of-arms commemorates the 1959 renovation of the building. Today the building houses the Fortuna Gallery. 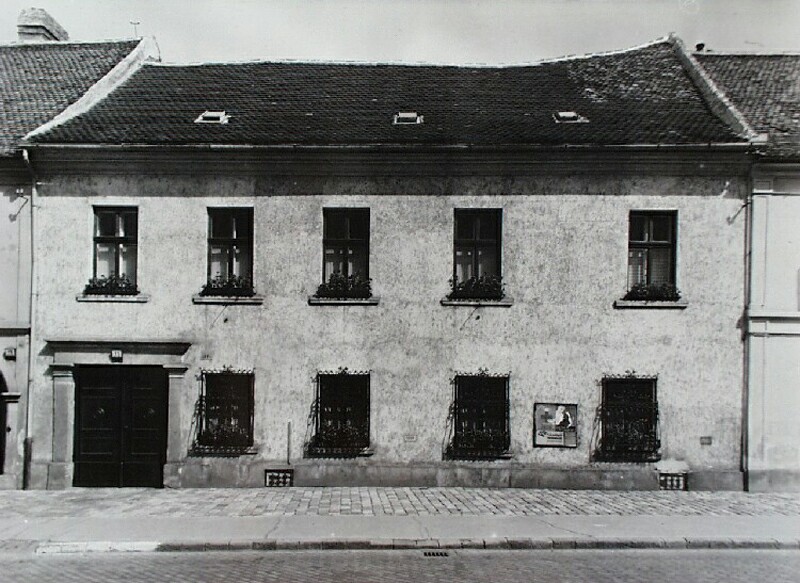