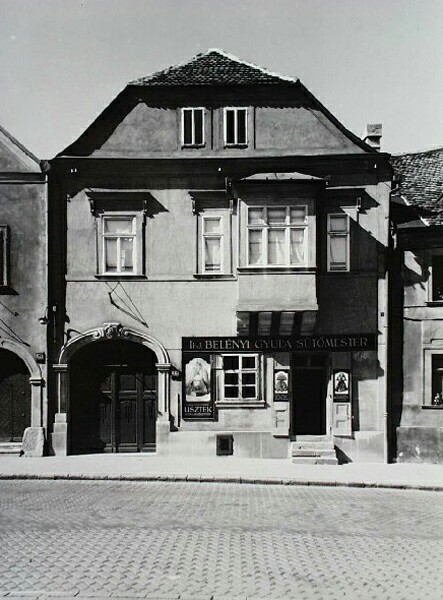 It is a small, two-storey Baroque burgher's house with a wing in the courtyard. Its predecessor, a two-storey, medieval house occupied only the northern part of the estate. In the southern part there was an open driveway which was vaulted in the first quarter of the 16th century and an upstairs room was built over it. Smaller alterations were executed during the Turkish era as well. 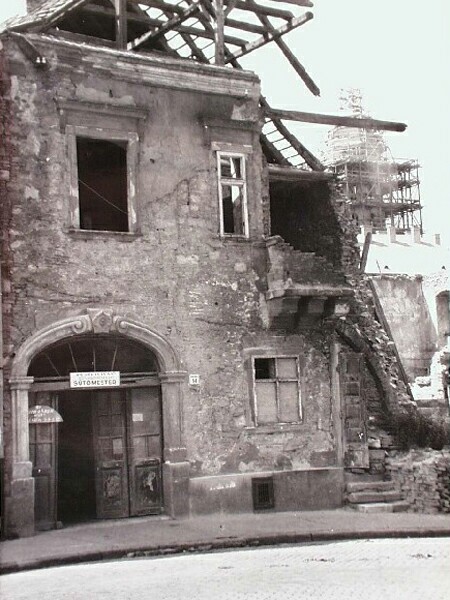 After the recapture the building was rebuilt in Baroque style and the frame of the gate - which we can see today - was also made then. From 1821 to 1944 there was a bakery here. Between 1821 and 1838 on the northern side of the main facade a shop entrance was opened. Around 1840 the facade was rebuilt in neo-Classical style, similar to its modern-day form. A bay window supported by consoles was also built upstairs on the right side. During World War II the northern part of the street facade, together with the greatest part of the balcony were demolished. It gained its modern form during the renovation between 1955-1958. .

Today we can find Cafe 'Pierrot' here. It has a three bays long facade with a gable on the attic level and a hipped-roof. Its stone-framed, Baroque gate opens on the left of the ground floor, while on the other side there is a simple shop entrance, which can be reached from steps only, and a simple window. Between the first-floor windows on the right there is a bay window supported by 4 consoles and on the left, above the gate there is another window. Above the windows there are neo-Classical pediments. In the attic level there are two other dormers. In the southern wall of the gateway there is a late Gothic stone-framed door worthy of note, above which we can read the date 1514 - as far as we know this is the only existing date on any of the historic monuments in the Castle district. 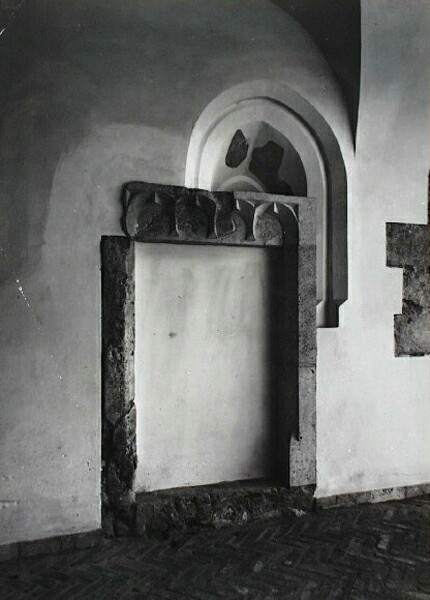 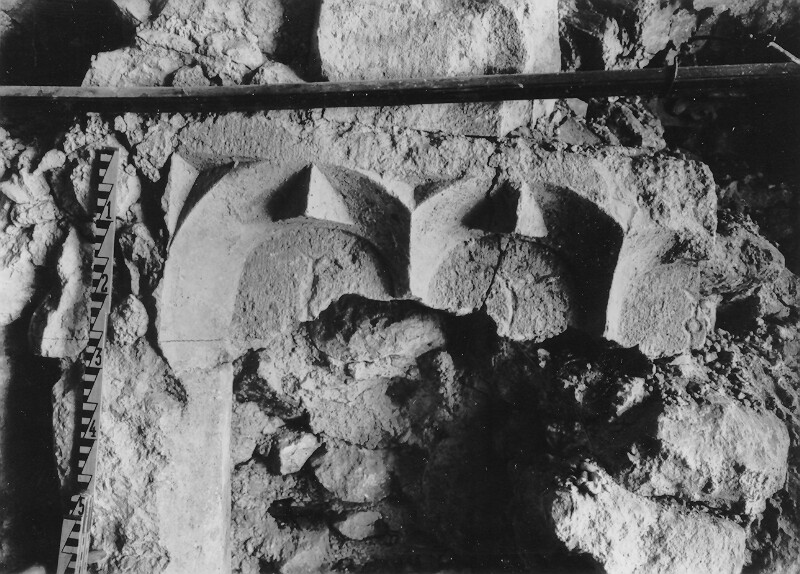