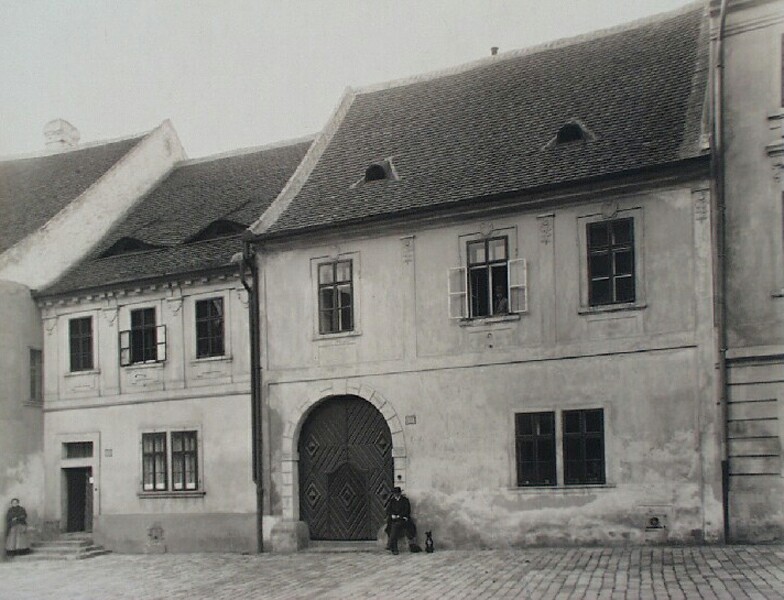 This is a small two-storey Baroque dwelling house. It was built around 1700 on the ruins of a medieval building, and since it was renovated in the second half of the 18th century it has preserved its main characteristic features right until today. The 1934 alteration effected the courtyard only.

Its early-Baroque ashlar built round arched gate opens on the left side of the three bays long frontage. On the right hand side an unpretentious twin window can be found with neo-Baroque bars. The upstairs is punctuated by pilaster strips, placed between the second-storey windows which have gutta-ornamented frames and above them in the lintel there are conventionalised coat-of-arms with crowns. The rather unique Baroque iron door with rich banderol ornamentation is located in the northern wall of the arched gateway. The gateway from the court is also protected by richly decorated neo-Baroque bars. 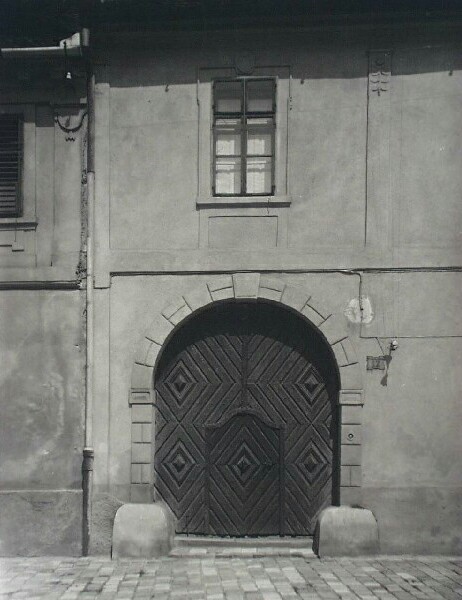