This is a two-storey Baroque house originating from the Middle Ages. Only some of the walls and the foundation stones of the gate of the original medieval building survived the 1686 siege and were integrated into the newly constructed Baroque house. The Baroque windows were replaced during the 19th century with those that are still part of the building today. It has a four bays long unpretentious frontage with a gate which opens at the extreme. The two foundation stones of the gate are of medieval origin and two single and one twin windows are set from left of the gate. 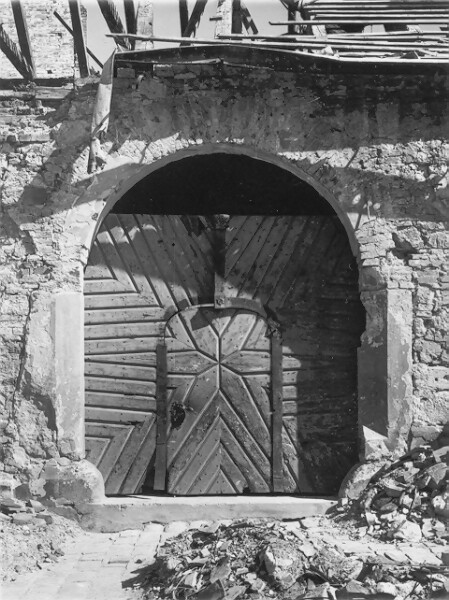