Three-storey house built in Baroque style on the eastern side of the street. It was built on the ruins of a medieval house at the beginning of the 18th century. Most probably in its original form it was a single-storey building and was converted into a three-storey one around 1800. The building's unique feature is a reconstructed stone archivolt from the middle ages, beneath which two modern doors can be found. Currently the Pest-Buda restaurant operates here. 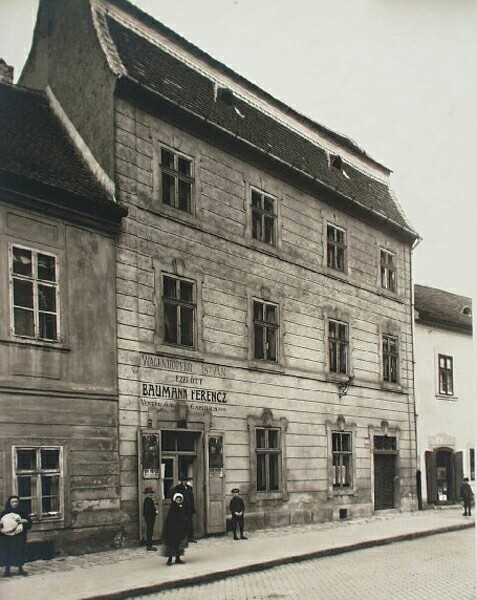