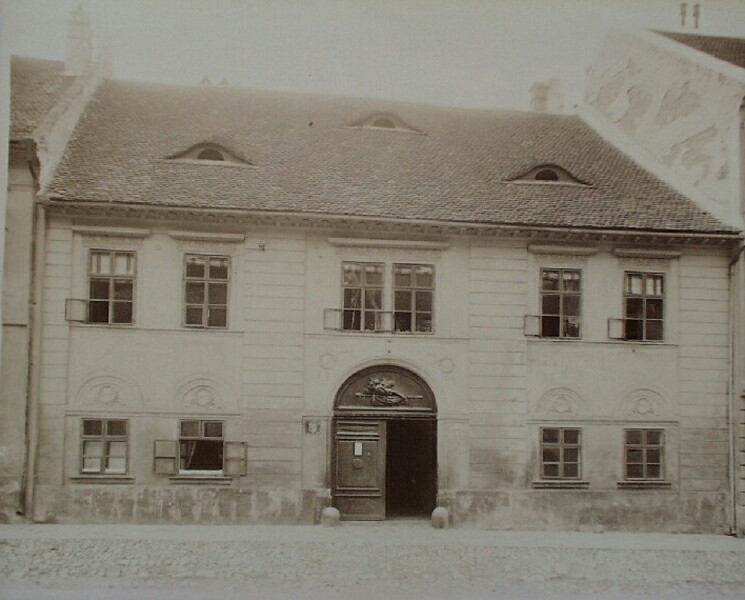 This is a two-storey neo-Classical building but an earlier building was built on the Medieval ruins at the beginning of the 18th century. The building was given its present face during its alteration completed in 1820. In 1935 some alteration was executed again and the back wings embracing the courtyard were demolished.

It has a five bays long frontage and its gate has a three-centred arched frame made of stone. In the spandrel of the gate a neo-Classical wooden carved relief of a lying Cupid figure can be observed. The most characteristic motives of the frontage are the plaster works above the bottom windows, forming the shape of a wreath. Originally rich ornamental plaster works decorated the section above the upstairs windows too, however, these were removed in the 20th century. The court facade was entirely rebuilt. The neo-Classical fountain standing in the court is also worthy of note.