This building, reconstructed in 1959, carries the architectural features of the early Baroque style. Its three bays long frontage was once part of a house that was destroyed in the siege during World War II. However, only parts of it have remained, such as the keystone with a carved relief of a deformed head, or the carved relief of an angel-head decorating the lintel of the upstairs windows. 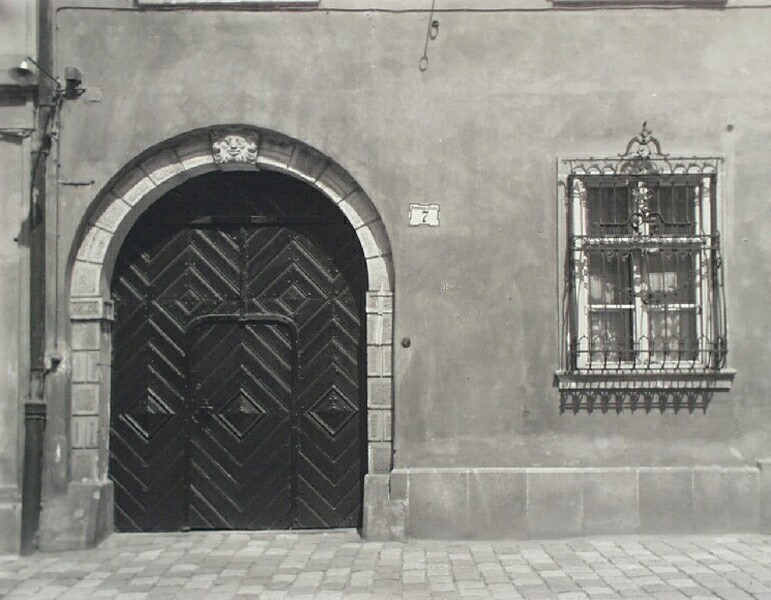