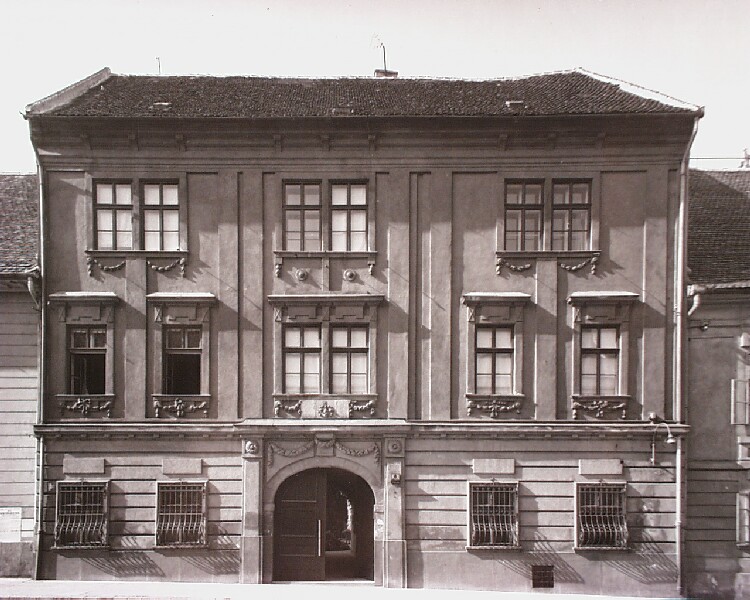 It is a three-storey Baroque Classical dwelling house which was built at the beginning of the 18th century on the remains of a medieval building. The original house was also a three-storey one (one of the very few examples existing in Buda) and certain parts of it entirely remained. During the 1944-1945 siege it was damaged at several places.

It has a five bays long frontage. Its gate set between two pilasters opens in the central axe and has a three-centred arched frame made of stone decorated with a festoon above. Between the two windows right from the gate remains of medieval doorframes can be found. The first storey is decorated with horizontal plasters strips while the two upper storeys are connected with pilaster strips. First storey windows are ornamented with festoon banisters.