This house with its early Baroque features gained its final appearance after several alterations. Its portal is a proof of the fact that the building - which was built on the remains of the original medieval house - must have been constructed after 1686. At the end of the 18th century another wing was built at the backcourt. The frontage was rebuilt in Romantic style around 1860. In 1921the frontage was restored to its unpretentious features and this is when Ferenc Medgyessy's stone-carved Fortuna relief replaced one of the blind windows. The building was damaged in the siege during World War II, and was reconstructed in 1949. As a result of this reconstruction work the original, early Baroque gate frame again came to light. 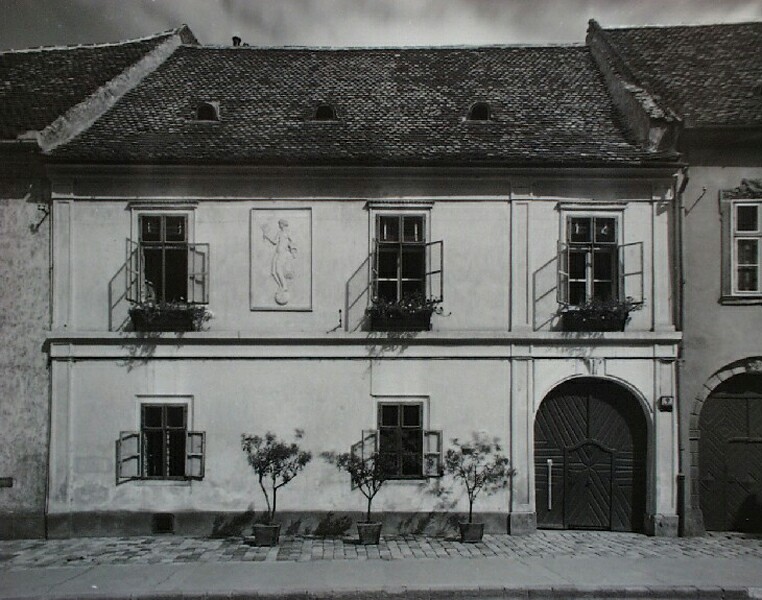