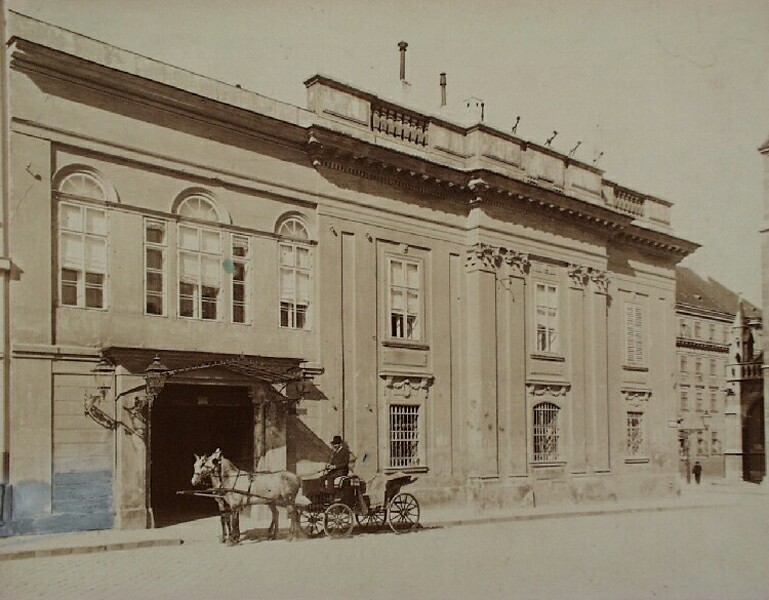 Following the 1686 siege, the Jesuits acquired most of the land that is bordered by Hess András Square, Fortuna Street, Fortuna Lane and Országház Street. They completed the building of their academy (college), opposite the monastery, by 1747, and it was considered to be the most beautiful school in Hungary at the time. The University Press also operated here between 1777 and 1926. Following the dispersal of the Jesuit Order, the university's theological department worked in the former Jesuit school, which was finally taken over by the governing body of the Hungarian financial administration, the royal chamber. After the establishment of the civil administration of the (1848 and 1867), the Ministry of Finance that replaced the Chamber was set up here. After purchasing the neighbouring lands, between 1901 and 1904, to replace the buildings that had become outdated and too small by that time, a new hall was constructed for the financial administration.

To comply with the style of the Matthias Cathedral, Jakab Fellner designed the front looking onto Szentháromság Square in late neo-Gothic style. The arrangement of the representative premises located in the street wing were also designed in line with this idea, and the artist freely mixed elements of Tudor architecture with that of the French late Baroque (Louis XVI). The larger halls were covered by vaults of different types: barrel-, cross-, fancy tracery- and star vaults. All the premises, including the ballroom for 300 people, the marble-floor aula decorated with statues, the reception and conference rooms with a wooden panelling and a fireplace, the ministerial and waiting rooms, are of an elegant design. However, besides this historical appearance, the designer had well managed to apply even the most modern building structures made of ferro-concrete in the case of the nine-storey archives, housed in the court wing.

The building suffered serious damage during the siege in World War II. During the rebuilding between 1948 and 1962, a much more simple construction was built by eliminating several decorative architectural elements and by simplifying the internal areas. For decades, the building was used as a student hostel for the Technical University, and thus it played a significant role in the student movement that initiated the revolution in 1956. After 1968 its famous Club was considered a legendary centre of the beat and student-life of Budapest. Nowadays in the back wings of the building, the state archives are still in operation. Various cultural and tourist institutions use the rest of the premises. 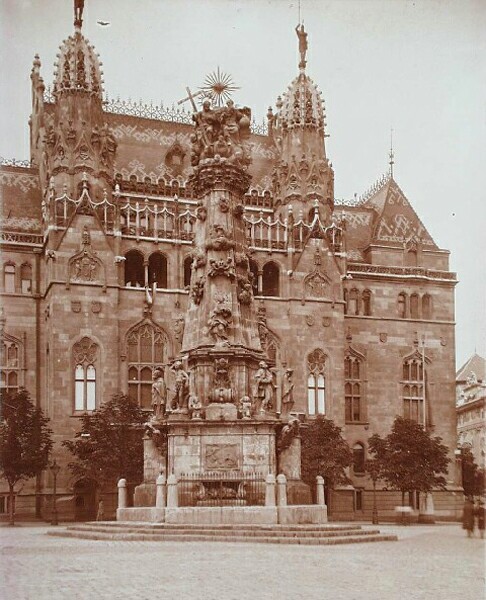 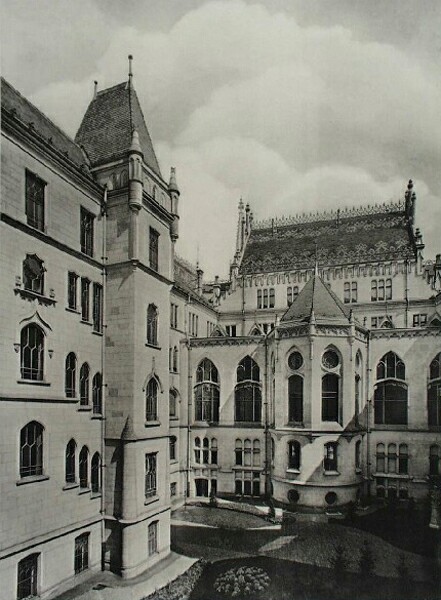 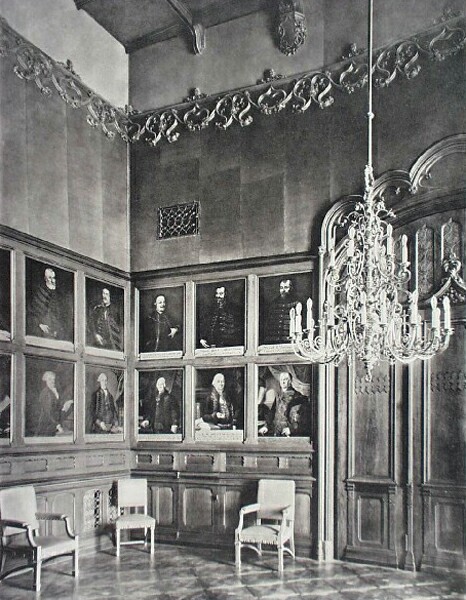