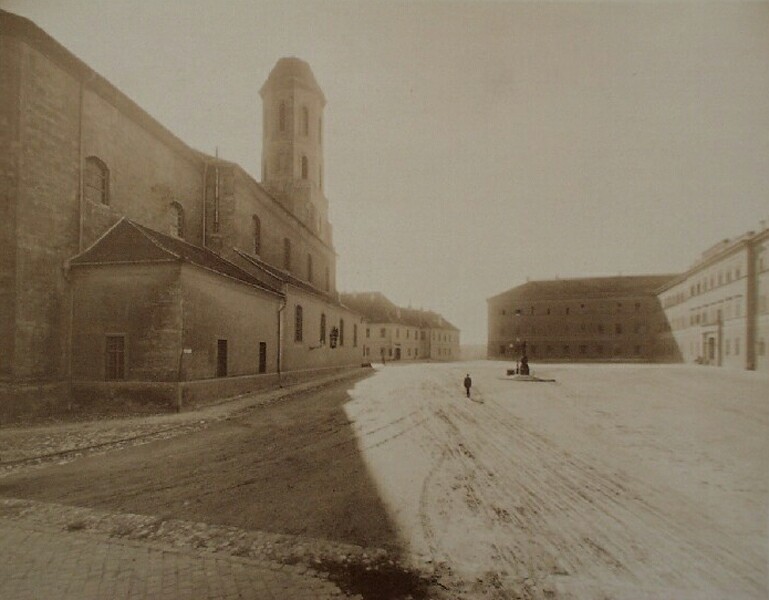 This is a fairly large square located at the northwestern end of the Castle Quarters, where the Úri, Országház and Petterman Streets converge. The statue of Giovanni da Capestrano, who was chosen as the patron saint of the Roman Catholic Bishopric and after whom the square was named, was erected at the northwestern part of the area in 1922. Prior to its current name the square was originally named after the Ferdinand barracks (today the Institute of Military History) as Ferdinand Platz before being named Nándor Square.

The oldest market place of the town used to be located around the Mary of Magdelene Parish Church, which due to the Saturday market events was named Saturday Market. The area of this market was further expanded towards the Bécsi kapu Square including a building block and the Bécsi kapu Square itself. Towards the end of the Middle Ages numerous burghers' houses were built here.

One of the main target of attack in the 1686 siege, which brought the Turkish occupation to an end, was the castle wall behind the northern section of the Square. The "Kayserliche Preche" - the imperial leak - as the area was referred to following the re-occupation - became a derelict area: all the houses fell into ruins, and the parish church was also seriously damaged. The reconstruction of the area only began in the middle of the 18th century; however, most of the buildings that stand here today were built in the 19th century. The square is flanked with the City Hall and the Institute and Museum of Military History from the north, the Museum and burghers' houses from the west, an archaeological park on the site of the former Maria Magdalena Parish Church with the medieval Magdalena Tower from the south, and with burgher's houses from the east.