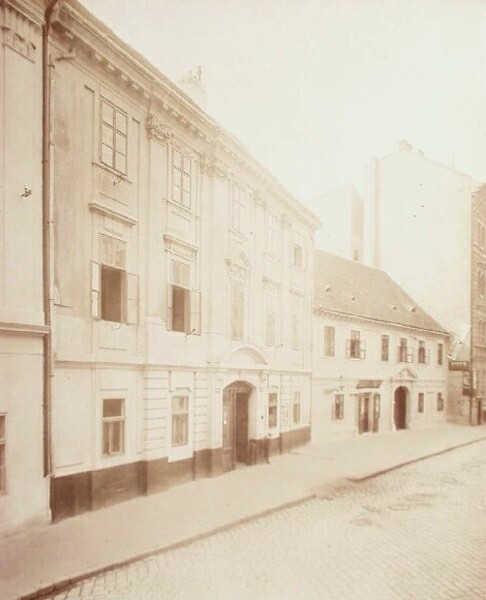 Two-storeyed Baroque Classical house, completed in stages throughout the 18th century, incorporating the remains of the original medieval building. It gained the main characteristic features of its current form after 1781, and has been standing in a practically untouched condition ever since. A catering inn has been operating for nearly a century in the ground floor area located south from the gateway, currently named the "Black Raven".

The building has a six bays long frontage, with an unpretentious string-course and a more elaborate cornice with corbel. A couple of windows and a shop door open on both sides of the gate, the arrangement of which have changed several times throughout history.

The most adorned element of the frontage is segmental-arched gate. A coat of arms can be observed in the middle of the tympanum over the gate. Above the shield with the coat-of-arms, the crest of a helmet held between eagle wings can be seen. The first and fourth section of the shield show a male figure (Aesculapius), holding a triple ragweed in his right and a stick leaning against the ground in his left hand with a snake coiled up it. The second and the third section of the shield show an armoured arm leaning on a triple-heap holding three ears of wheat in the hand. King Francis I bestowed the rank of nobility and the coat-of-arms upon Károly Mócsy, a famous surgeon of his age. 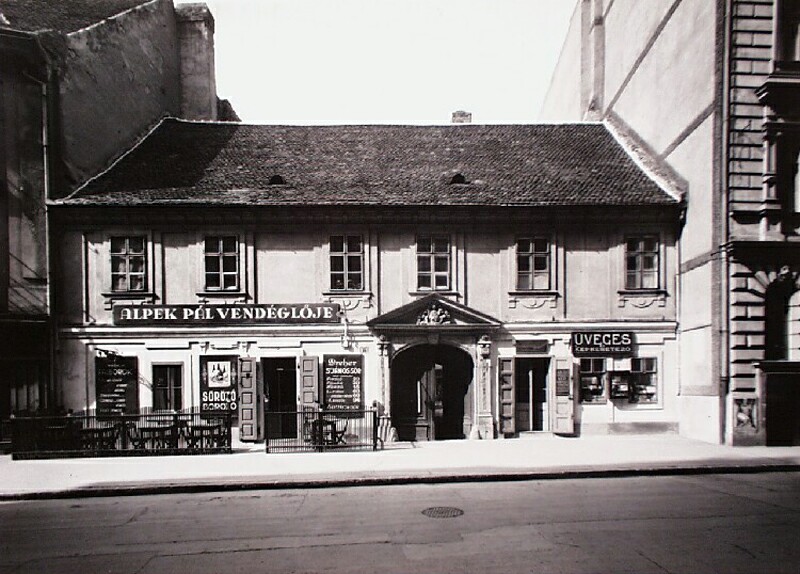 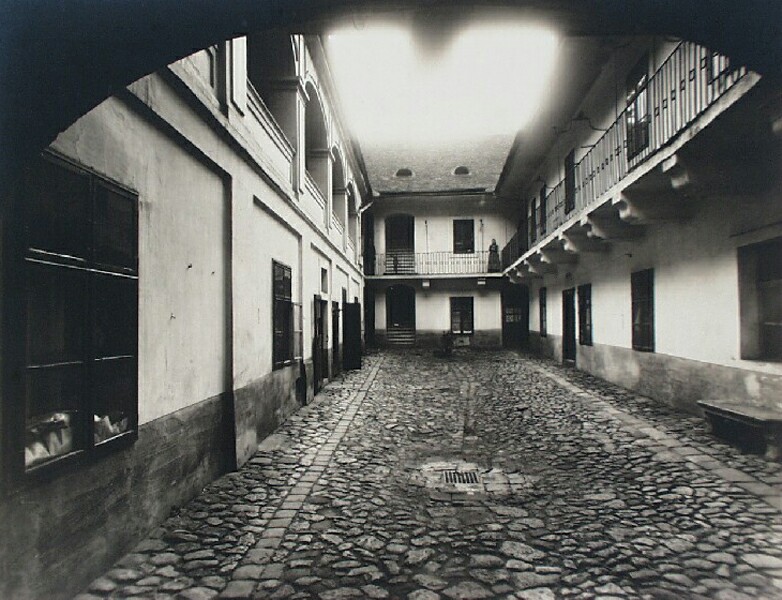