Two-storey house with an early neo-Classical frontage and medieval remains. Only certain details remain of the original medieval house, destroyed in 1686, and rebuilt at the beginning of the 18th century. The early neo-Classical architecture of the street frontage is punctuated by pilaster strips, made around 1800. The seven bays long frontage is crowned with a cornice with consoles, while a string-course is located above the ground floor. Both the ground floor and first floor are punctuated with unpretentious pilaster strips and with simply framed windows. A Baroque-style, stone-framed, three-centred-arched gate opens in the middle axis. The street numbering that was used at the end of the 18th century is left painted on the wall (No 119). The gateway and the premises on the ground floor facing the street are evenly roofed. A Baroque-style barrel-vaulted room can be found in one part of the northern wing, while cope vaulted premises are located in the other. A corridor on stone consoles runs along in front of the court facade. 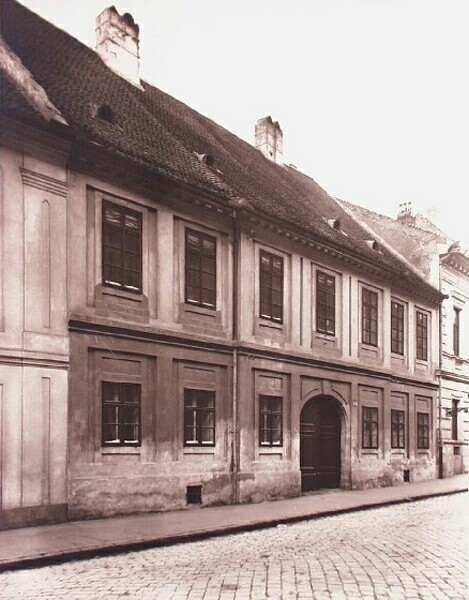