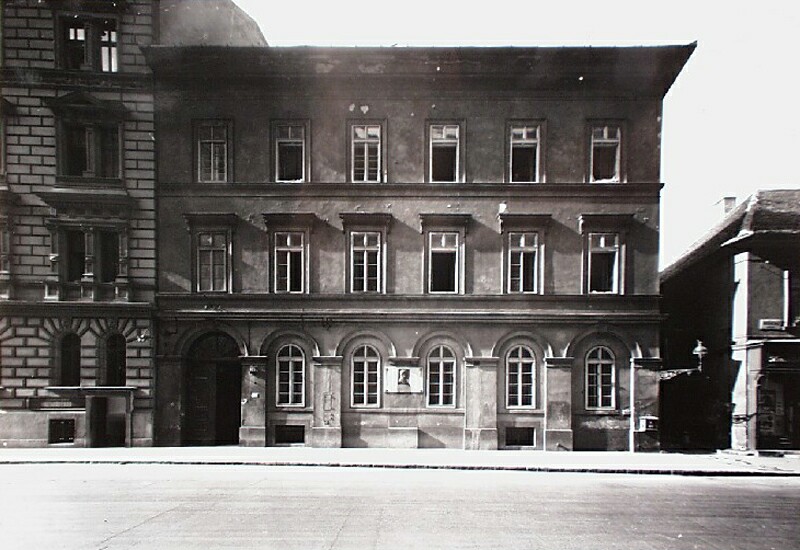 Its six bays long main frontage between the first-storey and the second-storey is divided by a string course and a sill course. A sill course is placed also above the first floor and it is crowned with an entablature. In the furthermost left axis of the ground floor a round arched gate, and on the left round arched windows open. The windows upstairs are flat arched, with moulded frames.

The main frontage holds a memorial tablet with the following inscription: "István Ferenczy, the last master of Hungarian carving art, once the pupil of Canova and Thorvaldsen worked and lived his rugged life in this house. He was born in 1792, and died in 1856."