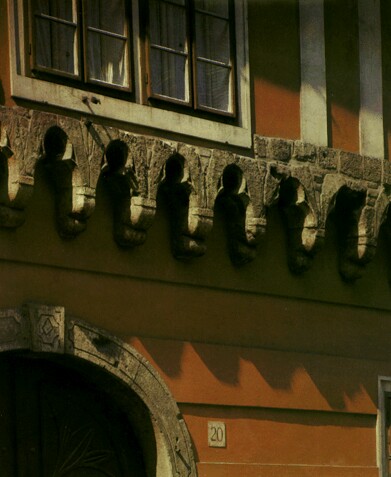 Two-storey Baroque house with medieval remains. The medieval cellar beneath the street wing of the house has remained in perfect condition; however, its ashlar built barrel-vault dates from the Turkish era. The house survived the 1686 siege; in fact the Gothic style arcade that runs alongside the frontage remained undamaged. In 1771 the building was rebuilt, and the frontage gained its characteristic Baroque features at this time. During the siege of World War II it was badly damaged. Major parts of it were demolished, and one section was rebuilt in 1960 reflecting the original Baroque features.

The building's two bays long main frontage is with a restored Baroque cornice and divided by a Gothic style arched string-course in the middle, set on double consoles supporting the projecting section of the first floor. In the keystone of the simple three-centred-arched, stone framed gate the monogram I.N. (standing for Iohann Nickl) is engraved together with a conventionalised meat-chopper and the date of 1771. Though originally a shop door and window used to open here, during the restoration an unpretentious double-window was placed to the right of the gate. The two double-windows upstairs were reconstructed identical with the original. At the southern side of the gateway, four trefoil-arched Gothic sedilia are located, while a pointed-arched stone-framed door remained in the northern wall. The gateway and the barrel-vaulted cellar can be visited, The Vörös Ördög (Red Devil) wine cellar and garden operate among the walls. 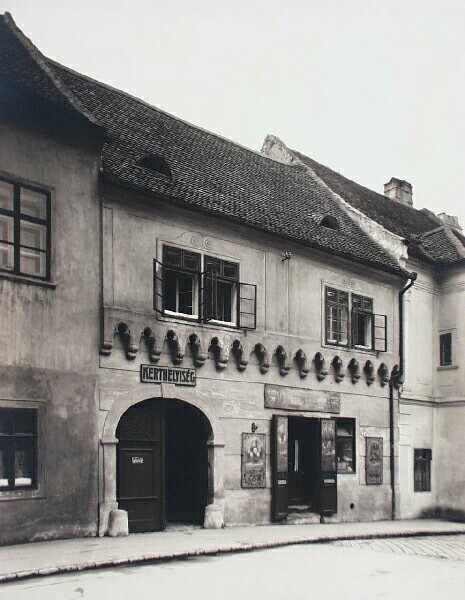 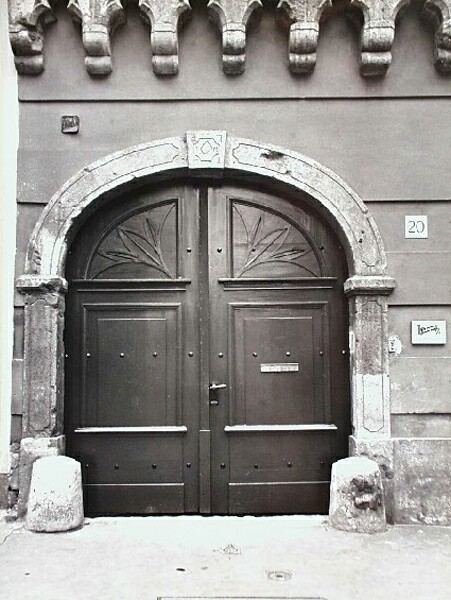