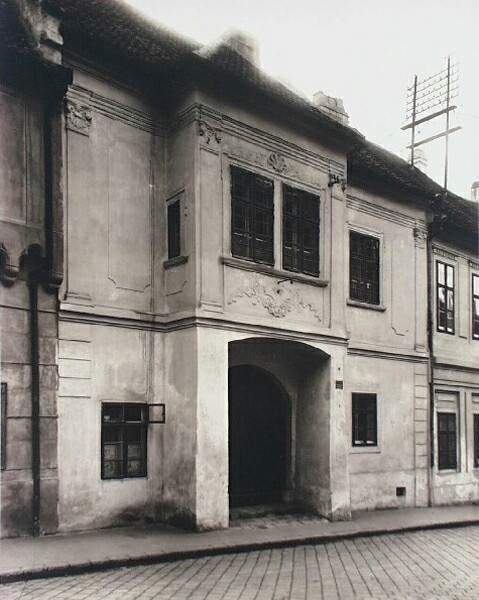 Two-storey Baroque house, with features reminiscent of the Middle Ages. The street section of the building can be dated to the 15th century. At the time, a row of consoles run alongside between the ground floor and the first floor on the frontage. The arrangement of the frontage was changed in the 16th century when parts of the consoles were carved off. The restructuring of the building happened by adding a balcony and rosette ornamentation with graffito techniques. At a later stage the balcony was given two supportive columns and pillars. Following the 1686 siege the house remained in a relatively good condition, and the rebuilding in early Baroque style soon took place. During the 1751 Baroque alteration the building was given new stone framed windows and a new plaster ornamented frontage divided by pilaster strips. The former two-storey court wing was given an extra floor in 1822. The building was only slightly damaged during the 1945 siege, and was fully restored in 1960. During this restoration work the balcony's supporting pillars were turned into Gothic consoles.

Horizontally the main frontage is divided by a string course and a cornice, while vertically it is dissected into bays by the earlier mentioned balcony and the gate opening underneath. The Gothic gate has a segmental arched stone frame. On both sides of the gate simply framed windows are located. A wing-framed twin window in between a pair of is pilaster strips is located on the front of the balcony, with a rich ornamented Baroque plaster work on its lintel and parapet with the date 1771 on the first one. 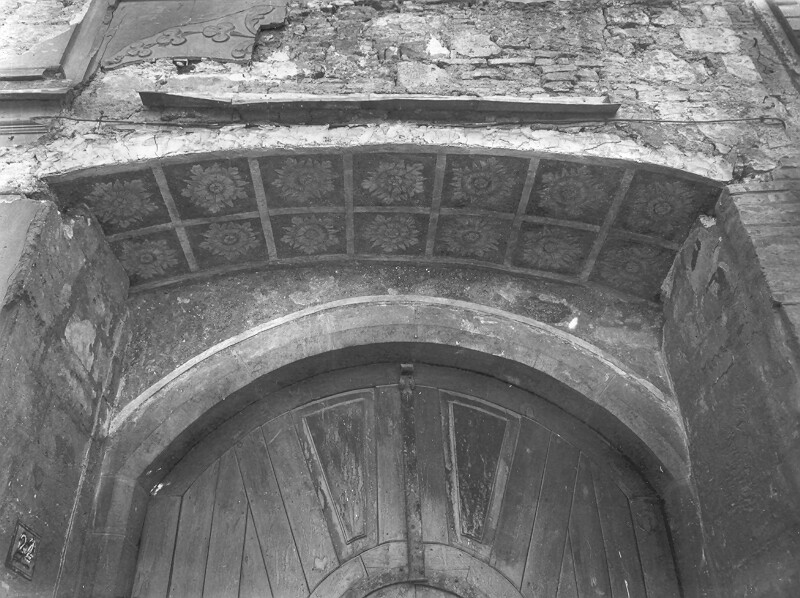 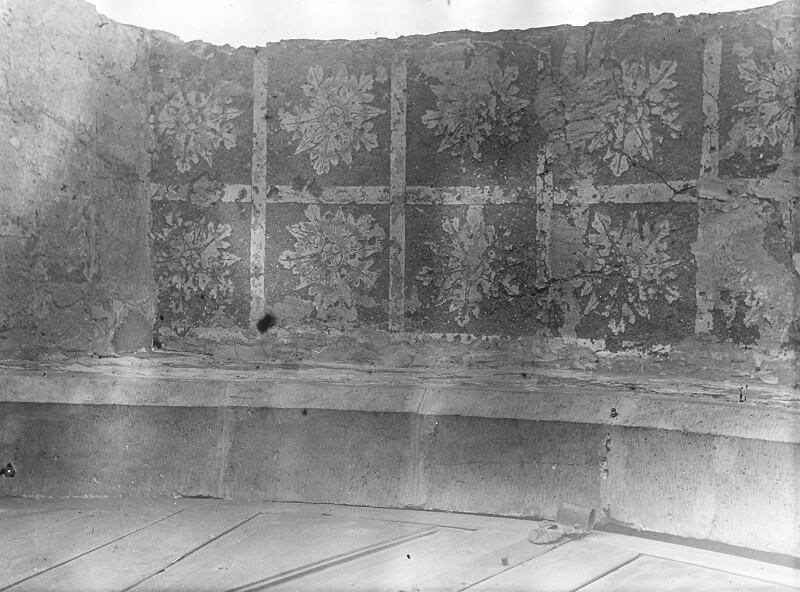 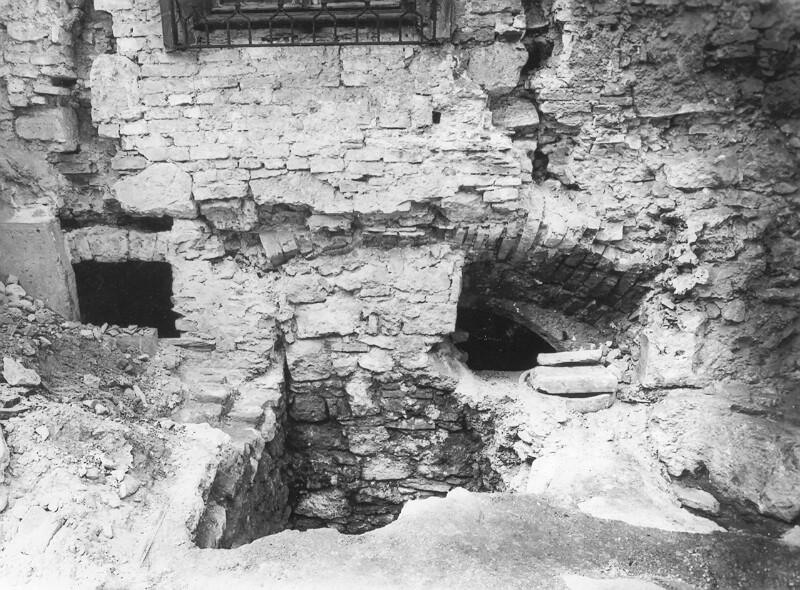