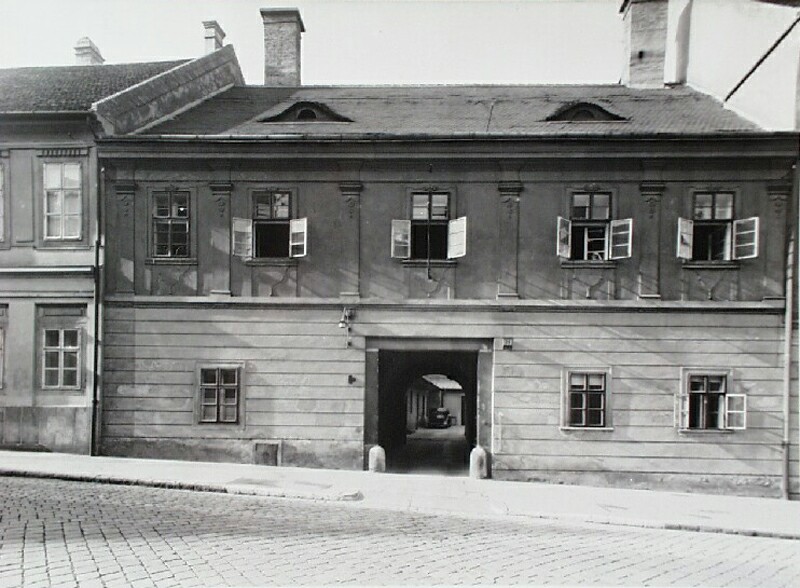 Single-storey house with a Baroque frontage, containing medieval elements. The building, which was originally built in the 14th century, was reconstructed several times during the 15th and 16th centuries. Following the 1686 siege the building was damaged, however, its ground floor has remained entirely intact. In the middle of the 18th century the Clarissa sisters, who also formally owned the neighbouring house, purchased it. Following the dispersion of the order in 1782, the house became the official residence of the newly formed Diet.

The building's five bays long front is enlivened with a Baroque entablature, and with a string-course above the ground floor. The first floor is dissected into five bays by Doric pilaster strips, each of them containing a window with a keystone volute and a stucco ornament on the parapet. In the middle axis of the striped ground floor, two flat arched, plain, stone-framed neo-Classical gates open with a Baroque iron work on the wings. Simply framed windows are located on both sides. The gateway is a barrel vaulted medieval type, with two pointed, cusped arched sedilia on both sides together with a similar, triple sedilia.

The ground floor premises are barrel-vaulted, dating from the 15th and 16th century. Simply framed windows are placed on the court facade. On the southern side, the building was expanded by a court wing. At the beginning of the 19th century, the gate was replaced by another, in unpretentious neo-Classical style. 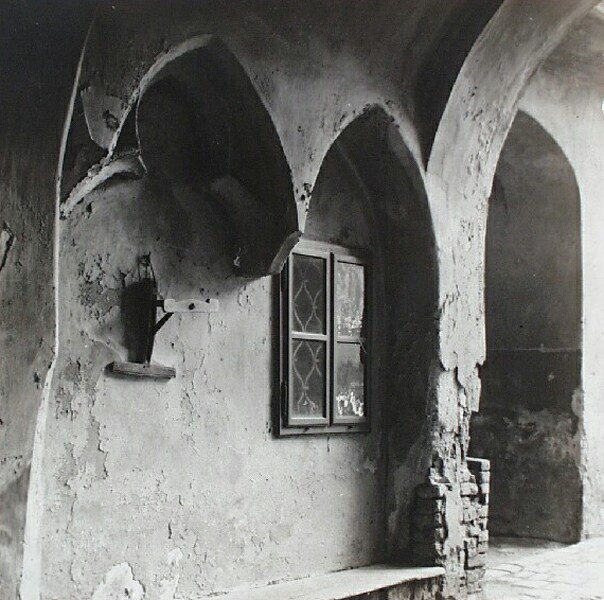