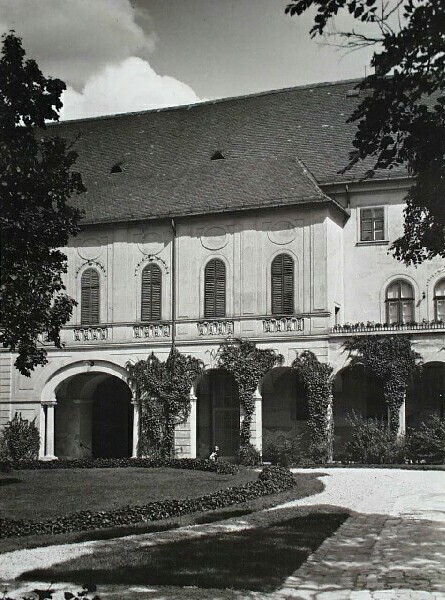 The plots, covered with the ruins of medieval buildings situated between the parallel Úri and Országház Streets, were purchased by the Clarissa sisters' order between 1706 and 1718, with the purpose of building a church and a monastery. In the first half of the 18th century the construction of the church and the monastery began on the side of Úri Street. The work continued in the second half of the century on the side of Országház Street. The construction was not even completed, when in 1782 Joseph II ordered the dispersion of the Clarissa order. Based on the design by Franz Anton Hillebrandt, the monastery was converted into a King's Court (the supreme court) and a parliament. The construction of the street wing designed for the court was finalised in 1783. The church was divided into three levels, and the church tower and the gable up to the level of the cornice were pulled down. It was given a new gate and a grand staircase was also newly constructed inside. The wing facing the other street was reconstructed for the Houses of Parliament and for the national diet in 1785. (From the end of the 18th century the street was named accordingly). The elaborately decorated, two-floor height session-room for the lower house was placed in the middle of the floor, and the same was done in the case of the upper house in the northern court wing. These rooms only witnessed three feudal national diets (1790, 1792, 1807), and were mostly rented out to the burghers of Buda for dancing parties.

A few years later the King's Court moved to Budapest, and the entire building block - including the neighbouring Franciscan monastery - was taken over by the Council of Governor General, the governing body of Hungarian public administration, which was moved to Budapest from Pozsony. In 1848 and following the Compromise of 1867 up to World War II, ministries of the parliamentary government operated here.

In 1870, the adorned great hall was transformed into a record office by destroying the original architecture. The record office moved away in 1927, and the emptied hall - except for the destroyed ceiling - was restored to the original form.

The building complex was severely damaged during World War II: the roof was destroyed and the vaults of the former church fell down. During the rebuilding the court wing was demolished, and the court facade of the former Houses of Parliament was restored in its original form. In the buildings of the former Clarissa monastery and the Houses of Parliament, the member institutions of the Social Science Research Centre of the Hungarian Academy of Sciences are located. The national diet hall often hosts various conferences and concerts.

The Országház Street facade is identical with the one looking onto Úri Street: they are of two storey and seventeen bays, with lintel course set on consoles above the first-storey windows and with a Baroque Classical festoon on the middle three windows. On the court facade a middle projection with seven windows can be viewed, with bull's eye windows above them, and there is a row of arcades on the ground floor. 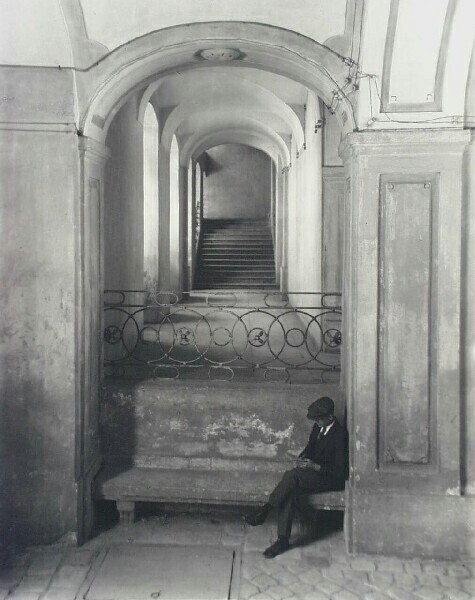 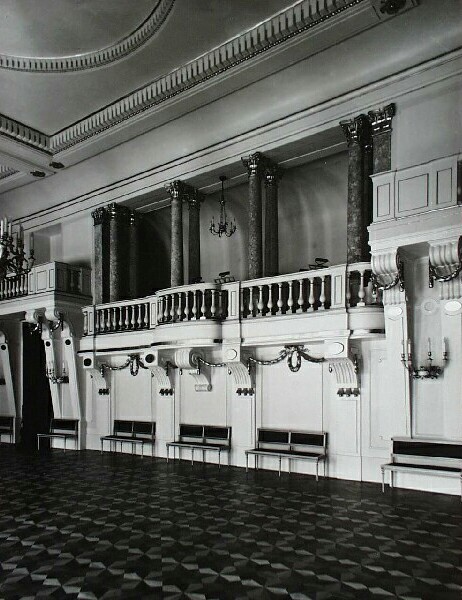