Originally this was a neo-Classical style corner building at the southern side of the junction of Országház and Nándor Streets. It was constructed around 1820 on the site formally occupied by a medieval house, which was demolished in 1686. Originally the entrance opened from the side of Országház Street. In 1935 the building was entirely rebuilt, and a new entrance and staircase were opened on the side facade. The Országház Street frontage is eight bays long, while the Nándor Street facade is twelve; both are punctuated by a cornice, a full-length string-course and a sill moulding. 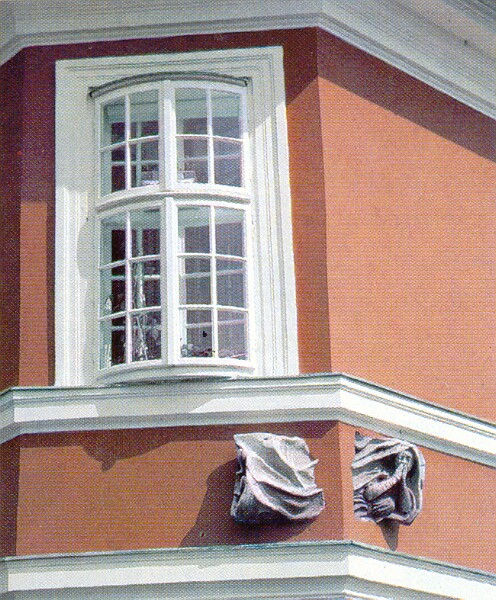