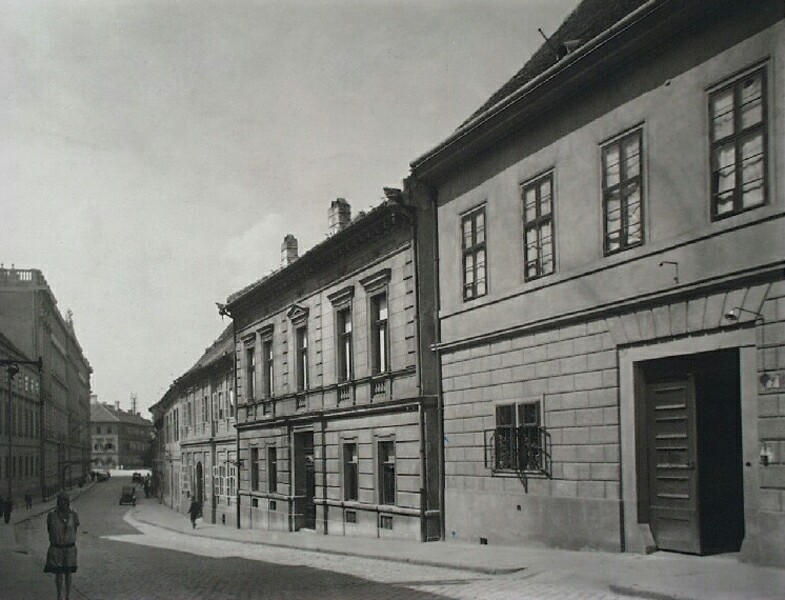 Two-storey house, originally built in neo-Classical style. Now it has a neo-Baroque frontage with medieval details. Most of the building, which was constructed during the 14th and 15th centuries, was destroyed during the 1686 siege. It was rebuilt in neo-Classical style in the first decades of the 18th century and was rebuilt in 1934. Its six bays long frontage is crowned with the original neo-Classical cornice, while a string-course is placed above the ground floor. The second storey windows are livened with neo-Baroque festoon-ornamented lintels and a parapet-lattice. The gateway is a medieval barrel-vaulted one, and on both sides there is a pair of sedilia with round arches originating from the beginning of the 14th century. A neo-Classical corridor set on consoles runs along the court facade.