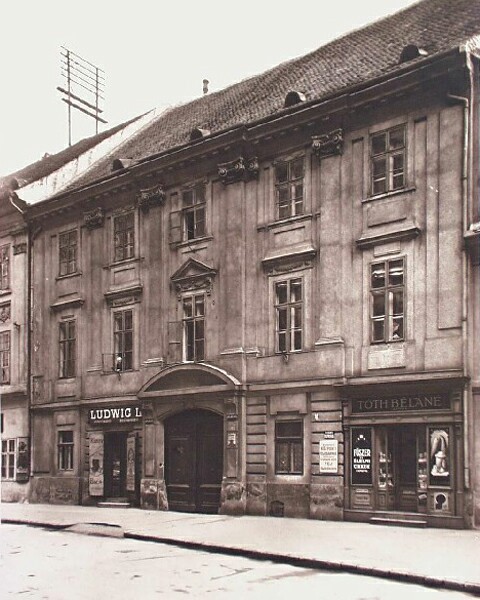 Three-storey Baroque Classical house on the western side of the street, built in the first half of the 18th century on the site formally occupied by the ruins of a medieval building. Around 1790 it was rebuilt and expanded, and this is reflected in the building's appearance even today. After the destruction caused by the siege of World War II, it required major reconstruction work, and this was carried out in 1951 and 1952.

It has a five bays long frontage with a gate opening in the central axis, with a projection in the middle and with a simple string-course between the ground floor and the first floor, and a main cornice with consoles. Above its segment-arched gate there is a lintel course with tympanum placed on Baroque Classical consoles. The festoon-ornamented gate wings are original. A couple of simply designed shop-doors open next to the gate. The windows upstairs are separated with ionic pilaster strips, while the angles are concluded with a simple wall strip. 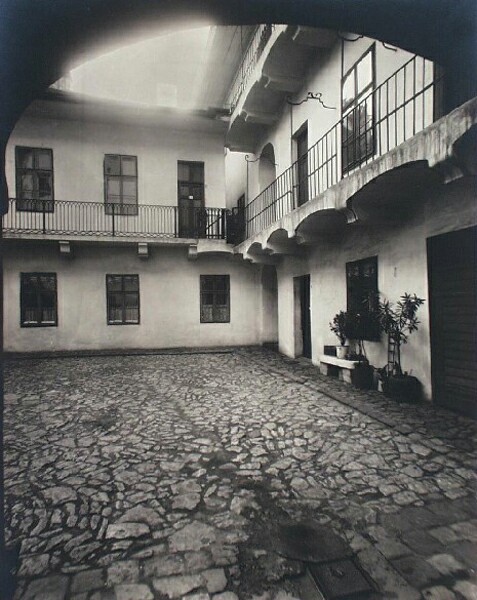