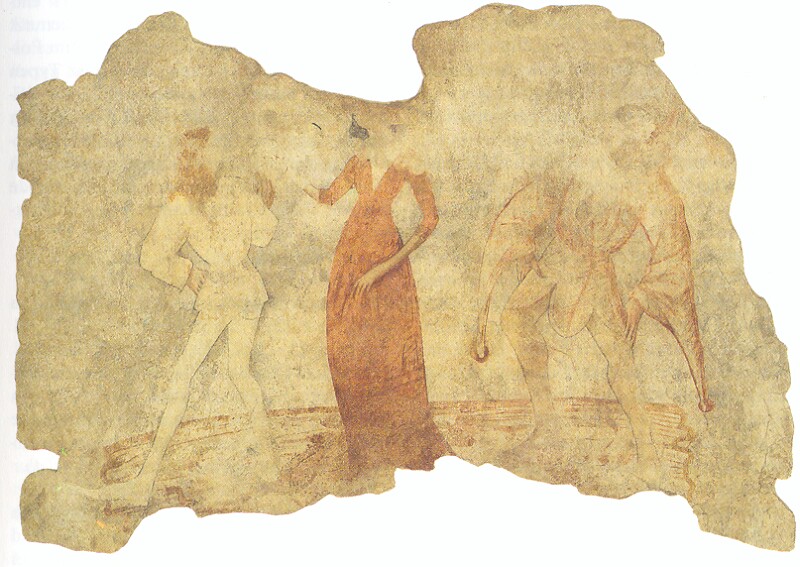 Originally on the site of the two-storey building looking onto two streets there were two medieval houses, which might have been built in the 14th century. After 1686 it was rebuilt many times, the last phase of the reconstruction was around 1780, when it obtained its Baroque Classical Táncsics Mihály Street facade and its No. 21 Fortuna Street Baroque facade (this part of the building was destroyed during World War II). The front is enlivened by an entablature and a string-course. From the original front only the doorframe decorated with a Turkish head in a festoon and two ground-floor and one first-floor twin windows survived. The gateway is covered with barrel vaults and there is a pair of sedilia in its southern sidewall. In the northern room of the first floor there was a mural painting depicting a dancing couple (which can now be seen in the exhibition of the Budapest Museum of History). In the southern room of the first floor looking onto the street 16th-century niches were found. In front of the ground floor of the court wing there is a Baroque cross-vaulted, basket-arched arcade. 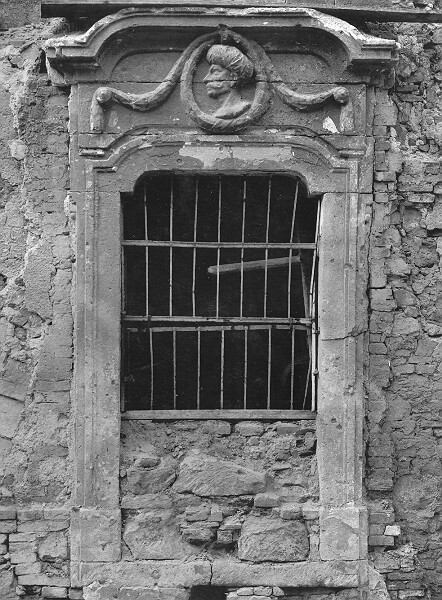 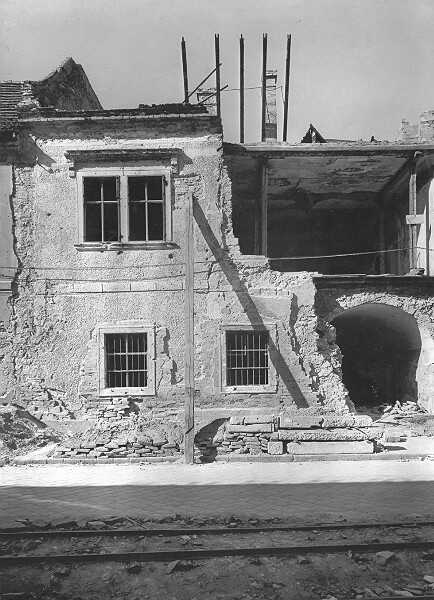