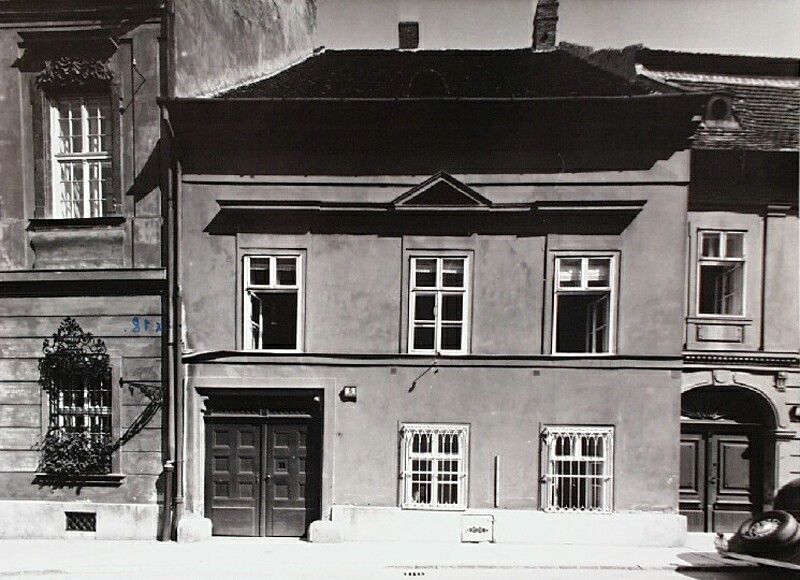 Two-storey dwelling house with an early neo-Classical front. The street section of the house was built on medieval remains during the 18th century. It was rebuilt in 1813 and expanded in the direction of the court. This is when the present neo-Classical front, as well as the building's L- plan was formed. In 1934 significant alterations took place, which although primarily concerned the interiorof the building, brought changes on the front, too: another window was cut by the side of the one on the ground floor. Following the siege in World War II the house remained in relatively good condition.

The building's three bays long main front is extremely simple; the sole decoration consists of the lintel course above the windows upstairs (with a tympanum above the middle window) and a stone-framed gate on the left.