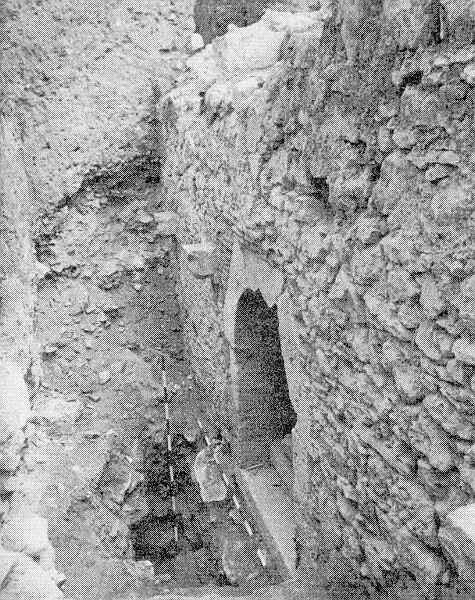 The function of the building-complex mentioned by medieval historical sources as Kammerhof - the location of which is considered by archaeological research to be the site indicated above - is the subject of major controversy. Some researchers claim that it used to be a royal mint, while others say that it was once the first royal palace of Buda. What is certain, is that the building was formally royal property and that the king resided there.

The first reference to the building is related to the march into Buda, in 1301, of the young King Vincent (László III - in Hungarian). The document in German from around 1310 mentioning this event refers to the place as Kammerhof (Chamber Court) and also relates how King Vincent - after attending a mass at the Church of Our Lady - arrived and stayed here overnight together with his retinue. There is no available evidence to prove that it was the residence of later kings or their families, however, there is unconfirmed data that in 1349 the dowager Queen Erzsébet (the mother of King Louis the Great) requested approval of the Pope to hold a wake commemorating the dedication of Saint Martin Chapel she founded on this site. From 1392, the building was no longer in royal hands as King Louis the Great donated it to the Order of St Paul of Budaszentlorinc. The Paulines, however, occupied the building for only a short while as in 1416 they swapped it for a Buda Castle property that belonged to Count Hermann Cillei, - Governor of Croatia (also incidentally, the father-in-law of King Sigismund). Once the Cillei family became extinct, the property again reverted to the crown, however, in 1460 Matthias Hunyadi once again donated it to Mihály Országh Guthi, Palatine of Hungary and his sons, and the land and property remained in the hand of the family right until 1541. 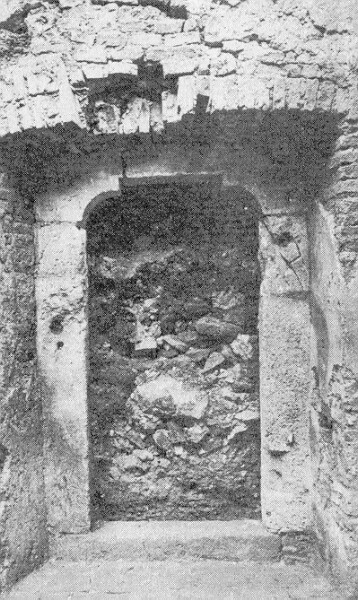 During the sieges of 1530 and 1541 this part of the town was hit by a heavy cannon fire, and one section of the wall collapsed. Most probably part of this establishment, a turreted building complex raising above the roofs of Buda can be identified on the Schön print from 1541, which at the same time is the last data regarding its existence. The Erdélyi (Transylvanian) Bastion was built sometime before 1541 with the purpose of protecting the castle wall, which was located north from this complex, and which at the time was considered as a modern defensive device. No data are available on the building from the Turkish era, by the end of which most of the complex had been destroyed. Layouts from the time of the re-occupation illustrate the contours of an irregular octagonal building complex, with an establishment at its northern end reminiscent of a tower. This complex had disappeared by the Baroque era, and layouts from this time indicate an entirely different ground plan. Even the former bastion was completely altered: its former shape could only be identified by excavation, however only preliminary investigation has been carried out on the area so far.

The excavation in 1962, led by the archeologist László Zolnay, unearthed the remnants of many different sized buildings dating from different periods of the medieval era. Remains of the "tower" illustrated on layouts from the end of the Turkish era, as well as at the northern end of the Baroque powder-magazine were identifiable, moreover, the base walls of another unknown gatehouse also appeared.