This building, which stands at the corner of Tárnok and Anna Streets preserves significant remains of a medieval trading house. The frontage facing Anna Street is especially rich in medieval remains, such as a Gothic style window through which goods were handed over, and a narrow door next to it. On the first floor there is a projection with Gothic windows. Considerable renovation work was carried out on the side on Tárnok Street in modern times, therefore only the restored row of consoles evokes the medieval building's mass. Currently, the Arany Hordó (Golden Barrel) Restaurant operates inside the building, which is richly ornamented with medieval details. 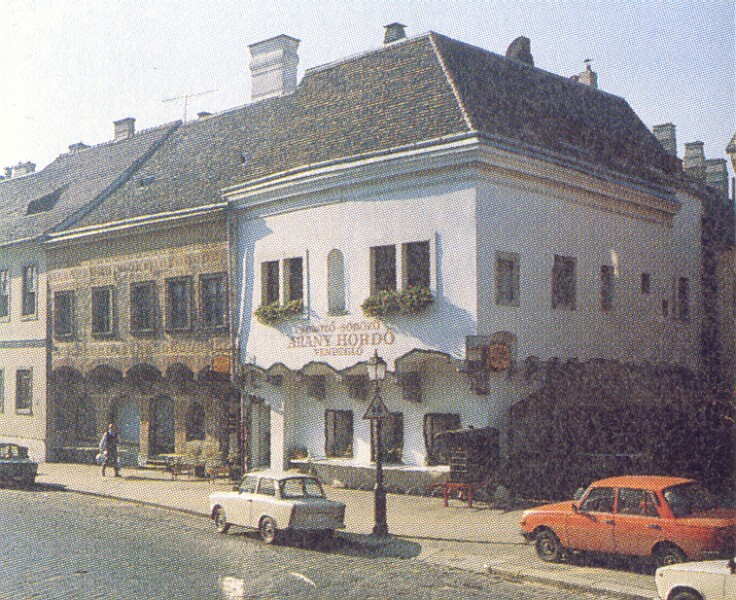