Two-storey building on the corner of Úri Street and Noegylet Street, preserving valuable medieval remains and rebuilt from the ruins of two former buildings at the beginning of the 18th century. The flat arched gate, which were reconstructed in the 1950s, lead to a cross vaulted Gothic gateway originating from the 15th century with richly ornamented sedilia in its walls. On the ground floor there are original medieval rooms on both sides of the gateway, with adjoining Baroque rooms. The neo-Classical front of the house was made around 1830, while the Baroque arcade in the court was made in the 18th century. During the 1944-1945 siege the court wing was badly damaged and it was replaced by a modern building looking onto the promenade. 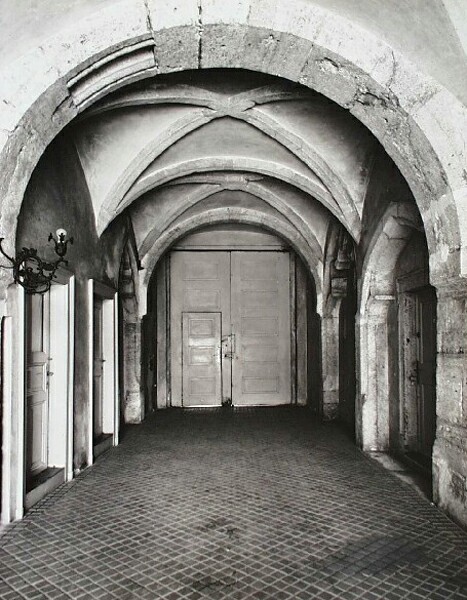 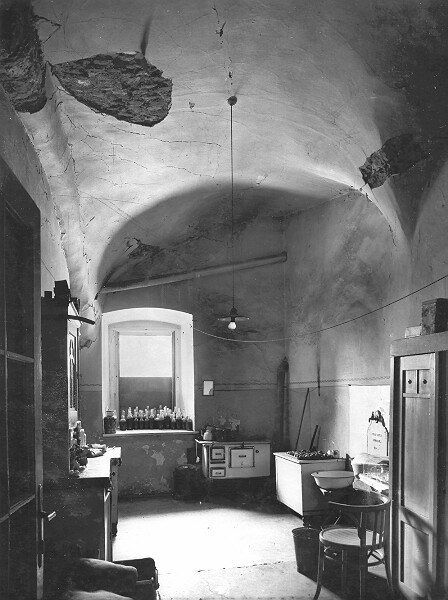