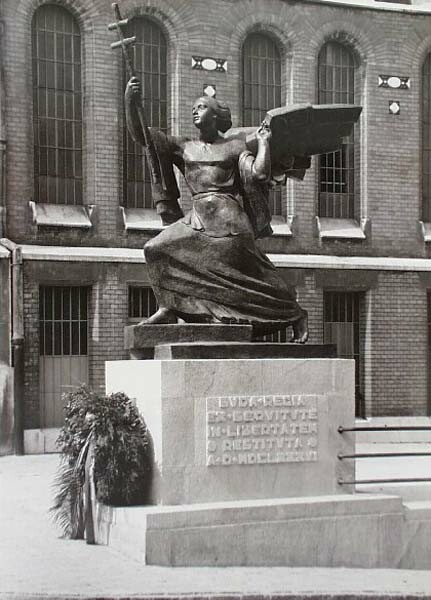 The statue is a work by Béla Ohmann, and was inaugurated on September 2nd, 1936. The brass-made figure of an angel dramatically moving forward on the right leg, and holding an apostolic double-cross in the right hand, is set on a simple limestone pedestal. On the right of the pedestal is an inscription in Latin as follows:

"BUDA REGIA + EX SERVITVTE - IN LIBERTATEM - RESTITVTA - A [nno] D[omini] MDCLXXXVI". Which translates as: "The royal castle of Buda, delivered from slavery into liberty in the year of our Lord 1686".

On the left, in Hungarian: "BUDAVÁR - FELSZABADÍTÁSÁNAK - 250. ÉVFORDULÓJÁN EMELTE A SZÉKESFOVÁROS. Which translates as: "Erected by the capital on the 250th anniversary of Buda Castle's liberation."

In the limestone tablet placed on the wall of the right-hand side of the gate, the following Latin inscription is engraved:

"IN MEMORIAM - HEROUM CHRISTI - ANORUM PRO URBE - BUDA MORTUORUM - ANNO MDCLXXXVI". Which translates as: "In memory of the Christian heroes who died for the town of Buda in 1686. "

The red marble embossment is located behind the wrought iron bars on the landing of the staircase that leads up to the castle wall, with a coat of arms illustrating the Buda Castle main gate with a wick holder. Above and below the coat of arms is the following inscription: "VIRTUTI - TRIUMPHANTI - SACRUM". Which translates as: "To be consecrated for triumphant valour". 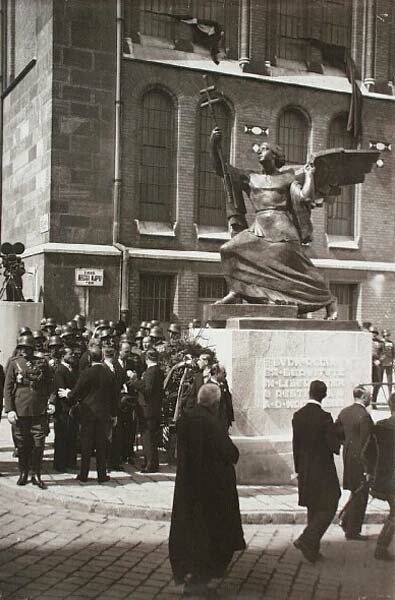 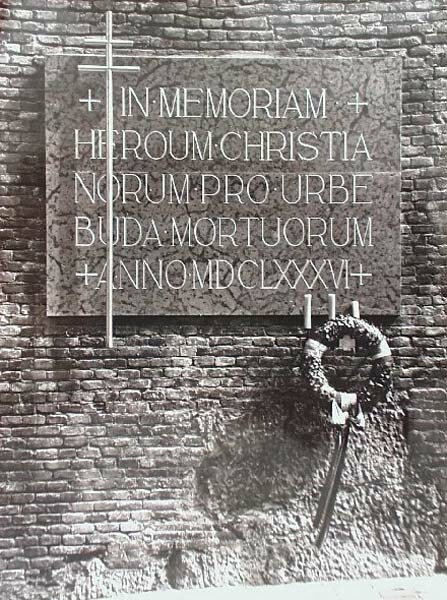 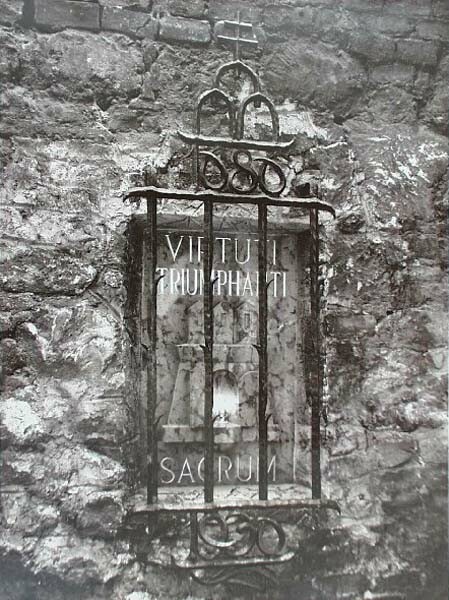