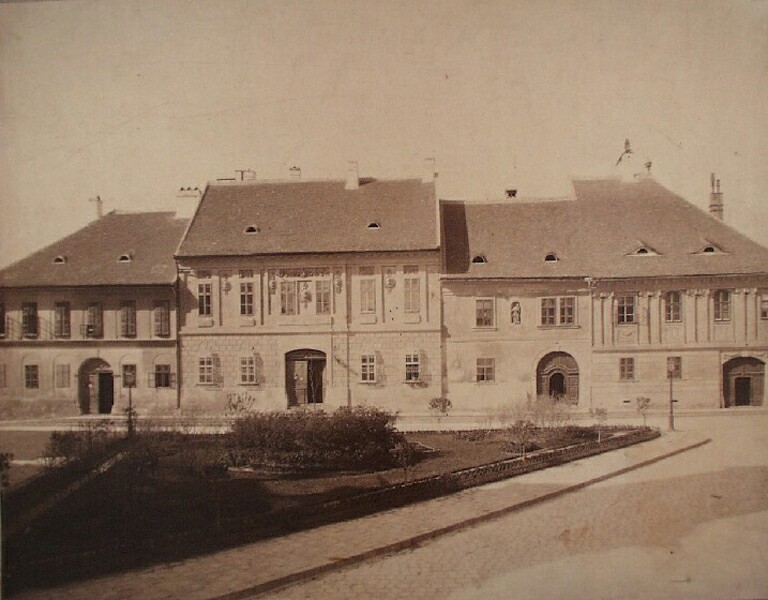 This dwelling house with a trapezoid ground-plan and an enclosed courtyard is set on a site formerly occupied by several medieval buildings, and was built at the beginning of the 18th century. Its main facade is a beautiful example of Baroque Classical architecture. The only decoration of the three bays long ground floor facade is the double festoon above the portal and the Baroque Classical style brackets of the two windows. The four bays long first floor facade is more decorated: the parapets of the two furthermost windows are ornamented by festoons, while that of the other two by twinings. A long vaulted gateway leads to the courtyard and there is a corridor set on consoles. 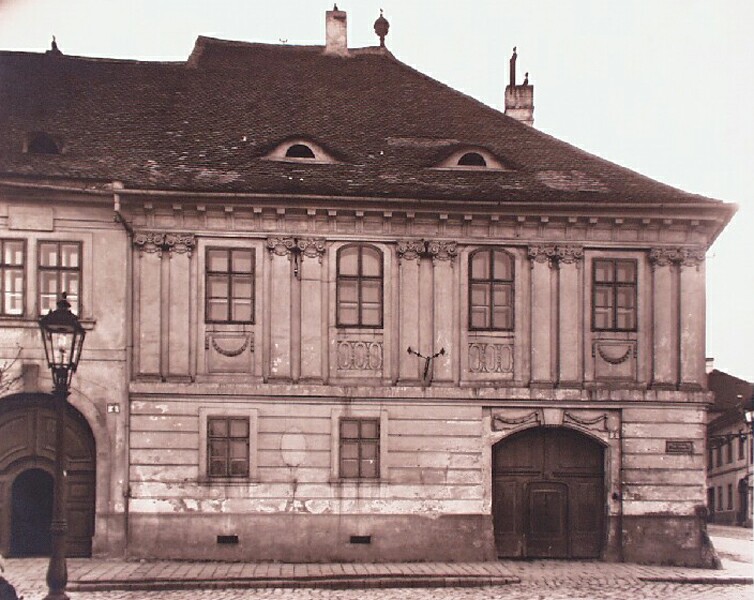 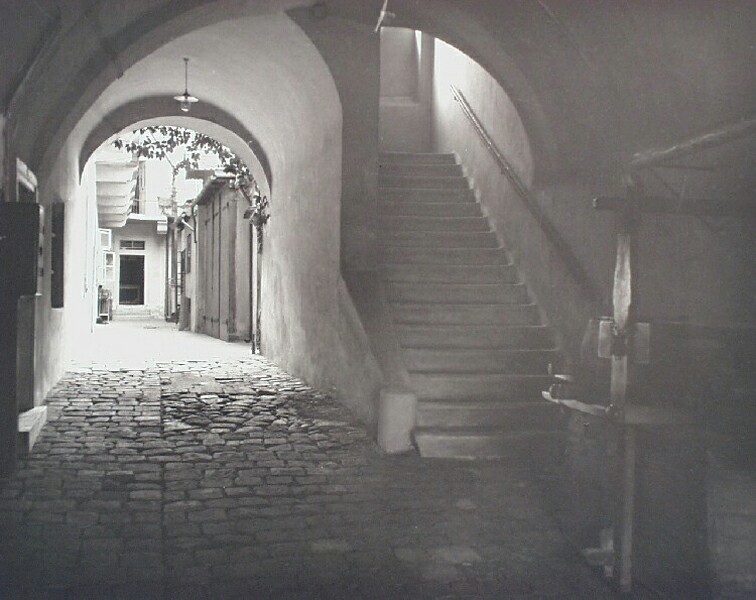