This is an 18th century house built on a site formerly occupied by a medieval building. It gained its characteristic early neo-Classical features, including the relief on the frontage, after 1807. From the beginning of the 20th century, it became the property of the Hatvany family. Lajos Hatvany, the famous literary man and patron of the arts played host to Thomas Mann in the building. It was rebuit in 1932, and its neo-Baroque gate with a Baroque Classical festoon was also made at this time. The first floor was heavily damaged during the 1944-1945 siege.

The ground floor of the frontage is five bays long while the first floor is six bays long with a projection in the middle. Two simply framed windows can be found at both sides of the neo-Baroque gate, with early neo-Classical iron bars. On the festoon lockets placed between the first floor windows the double relief portraits of Vergil and Cicero, Socrates and Livy, finally Quintilian and Seneca can be observed. The panels above the windows contain allegorical reliefs: above the two windows on the right music and poetry are depicted, while above the middle two windows the arts of painting and sculpture, history, astronomy and geography cluster around Athena, the goddess of knowledge and wisdom. Finally, allegorical figures of chemistry and linguistics are set above the windows on the right. The arcaded north wing originally opened out on the ground floor and was used as a coach-house and stable. Part of the cellar dates back to the Middle Ages. 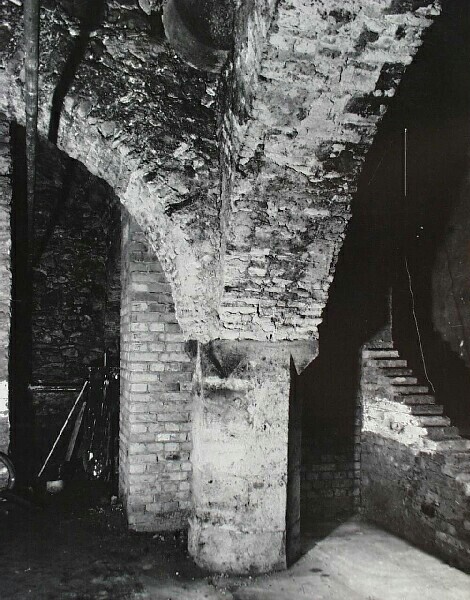 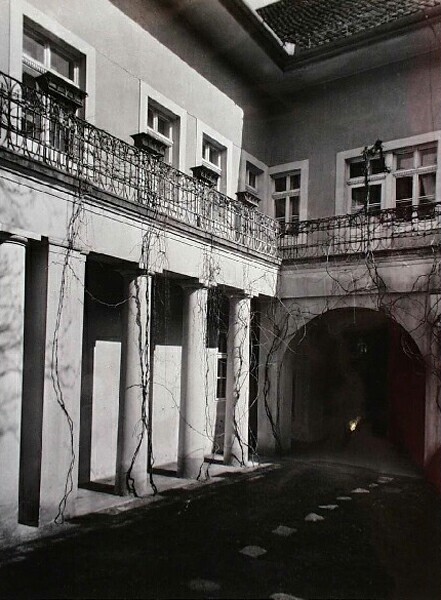