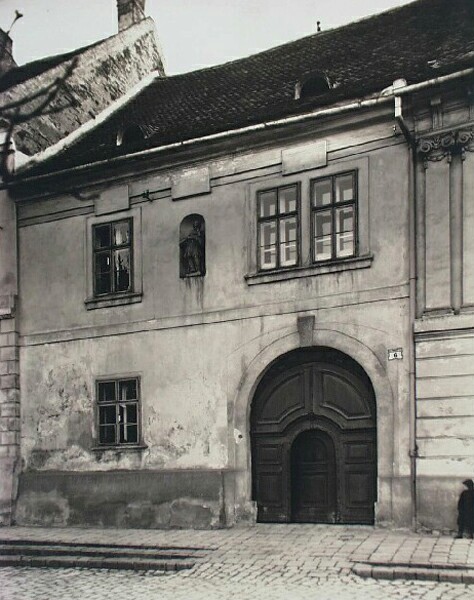 Single-storey dwelling house, with side wings added to it in the last decades of the 19th century, partly built from the remains of the medieval building, which had stood on the same site. Its simple-framed portal and windows of the two bays long main façade are good examples of Baroque style. Its decoration consists of a statue of Saint John of Nepomuk, set in a niche, and Baroque Classical tablets dividing the cornice. A medieval vaulted gateway leads to the courtyard and there a corridor sitting on consoles can be observed. 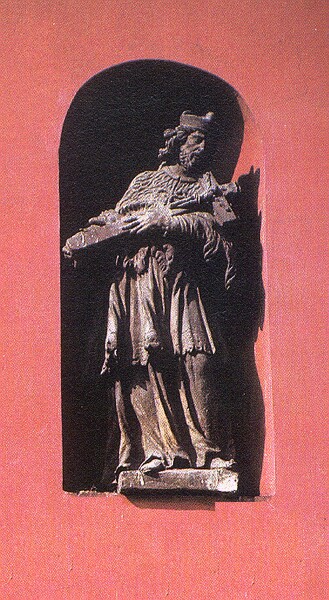