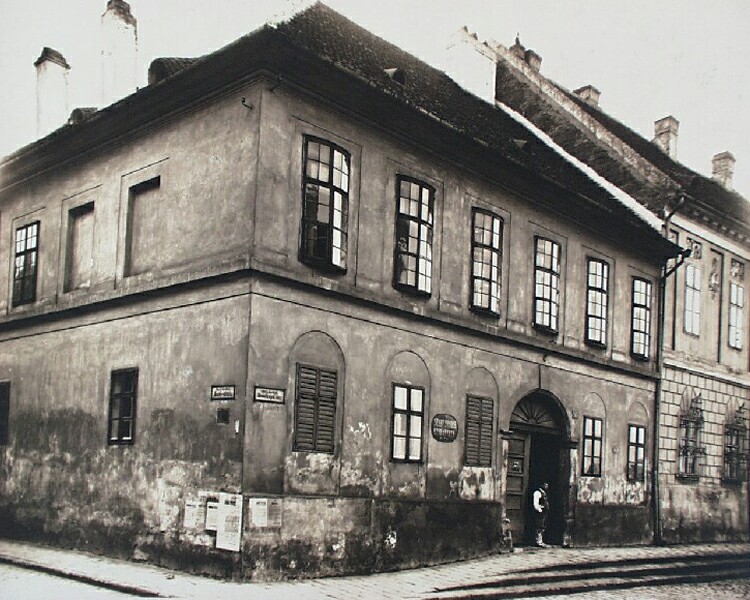 Two-storey neo-Classical house, built in the first decades of the 18th century incorporating the remains of the medieval building that had once stood on the same site. It was altered in 1929-30 by being given a bay-window and an attic with dormers.

It has a six bays long square facade and ten bays long side facades. During the building survey of its main frontage the remains of a mural painting set in a palmette frame were discovered, which dates back to the beginning of the 19th century. An unpretentious round arched gate can be found in the fourth bay from the left. The windows on the first floor are simply framed and there is a bay-window on the corner, built in 1930. During the building survey remains of three round arched cellar doors were found on the side facade in Kard Street, while two window apertures from the Middle Ages were discovered on the ground floor and one upstairs.

From the direction of the square a barrel-vaulted gateway dating back to the Middle Ages leads to the courtyard. There is a corridor set on stone-consoles in front of the first floor court facade of the side wing. 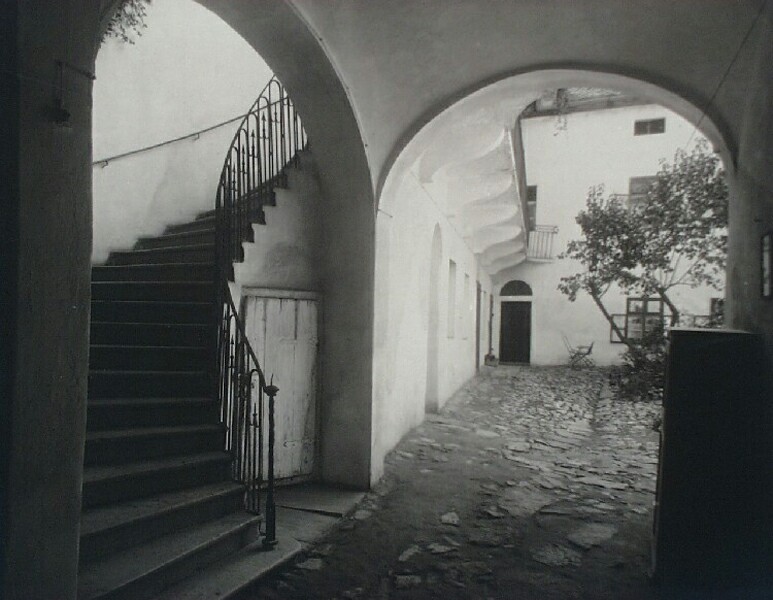 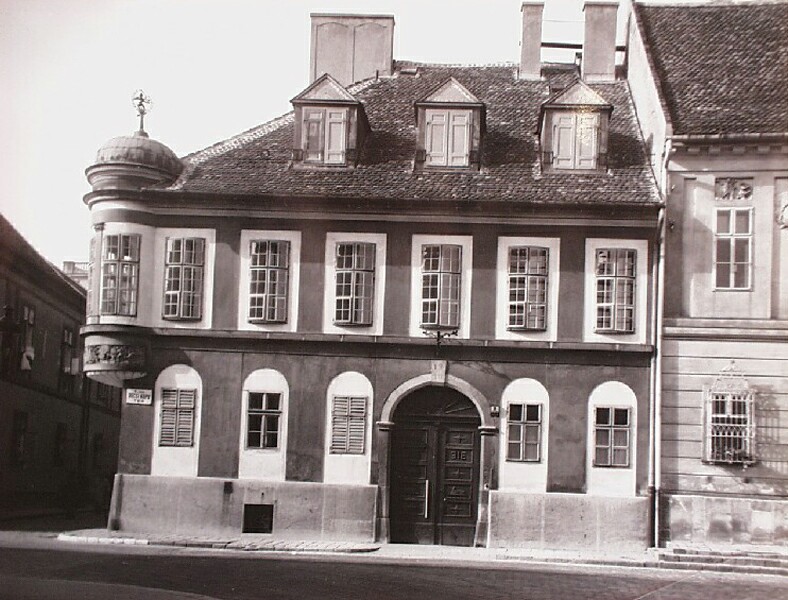