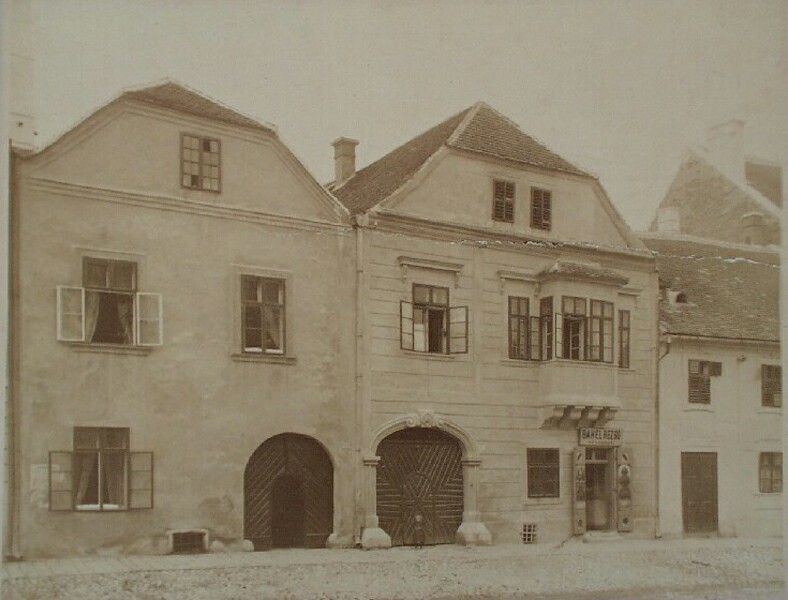 This is a relatively small, unpretentious, two-storey building with a single wing. It was built at the beginning of the 18th century by using the standing walls up to the first storey of an earlier medieval house and it underwent only minor alterations until the early 1900's. First its front was redesigned in Art Nouveau style. As a result of the damages caused by the war the medieval parts of the building reappeared and were taken into consideration during the reconstruction work.

It has a two bays long frontage with a hipped-roof and an attic. Its stone-framed, arched gate originates from the Middle Ages and opens on the right hand side. Remains of the former brick-framed cellar staircase were restored between the gate and the left-side window. At the left side of the facade ashlar quoins can be observed.

During the Middle Ages this type of building with a hipped-roof must have been very common among houses built on plots of a similar size. Only two of these can be found reconstructed today: the building described above and its northern neighbour at No.14. Fortuna Street. 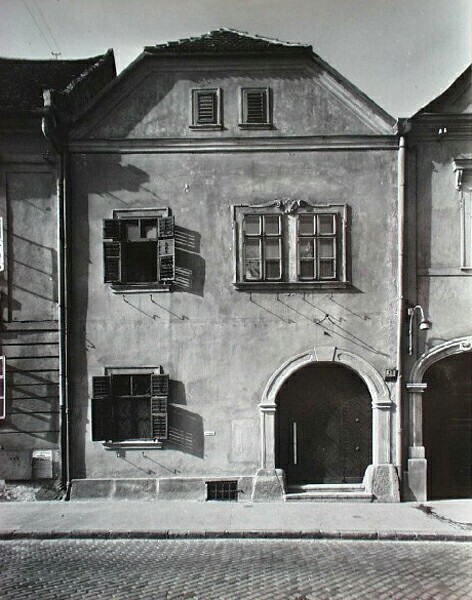 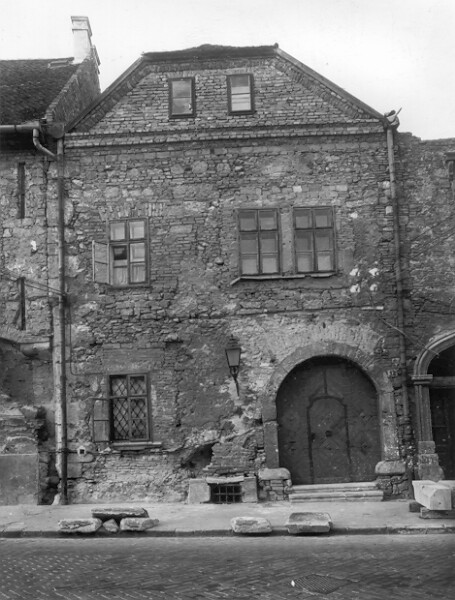