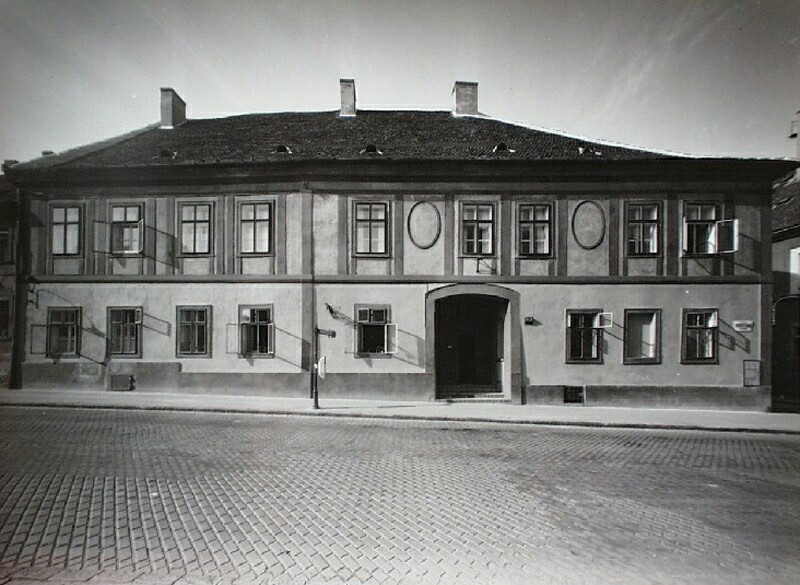 This modern apartment hotel standing at the corner of Kard Street contains important medieval parts, and was built over the ruins of a house that was destroyed during the siege of World War II. Building surveys proved that two two-storey houses used to stand on the site during the Middle Ages: one was constructed on the southern, and later another on the northern side of the plot. The gates and gateways of both buildings were opening to the antecedent of Fortuna Street. The vaulted premises on the ground floor remained in a relatively good condition even after the 1686 siege,and these remaining parts were integrated into the new building while it was rebuilt at the beginning of the 18th century. Part of the wing on Kard Street was built in 1750. During the alteration in the middle of the 19th century one of the gates was demolished and the remaining one was given a new frame. Even following the reconstruction after the Second World War the building preserved most of its medieval features. 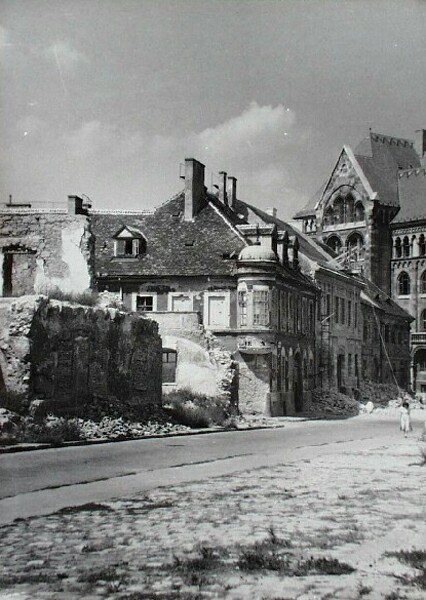