This is a massive two-storey building block with an unpretentious Baroque frontage and with some neo-Classical features.The house was heavily damaged during World War II. Its history of building was revealed by a building survey prior to its restoration. Behind the seemingly homogeneous fifteen bays long frontage the remains of three houses were discovered, all of different sizes and of different ground plans.

Out of three, the southern building was the largest. An extremely strong wall up to first-floor level, which stretches beyond the building in the direction of the court and also functioning as a fence, borders it. On both sides of the gateway there were originally two larger rooms, providing a wide frontage for the already large building. The premises inside must have been evenly roofed at first, and became vaulted at a later point. On both sides of the relatively short gateway the remains of simple Gothic trefoil-arched sedilia were uncovered. From the direction of the court, another room was attached to the room located on the northern side of the gateway. 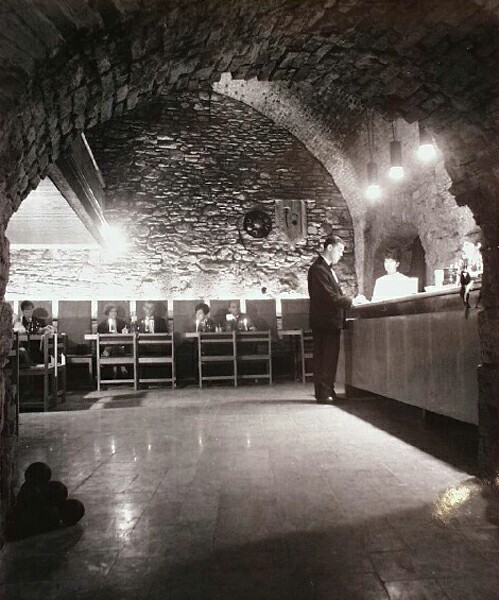 Further remains prove that the building had an upper floor: remains of an opening with tracery appeared on the house's inner facade, which indicates an arcaded Gothic corridor. Barrel-vaulted rooms used to be located on each side of the gateway of the middle building too. Gothic style three-foiled sedilia also appeared here in the gateway, together with stone-framed doorways by their side.

The third, narrow building originally consisted of a single room and a gateway, later, however, after demolishing the gateway another room with a wooden beam was built and attached to the building in the middle. In the northern wall of the original gateway a triple sedilia was uncovered.

During the 18th century there was initially a building material storage warehouse, and then later a military hospital on the site of the three medieval houses. In the meantime a court wing was erected and thus a large two-storey building was constructed with a unified square facade. After the building was given to the university significant construction work was carried out on it around 1785. This is the time when the still existing Baroque Classical staircase at the southern section was constructed. In 1810 the university press occupied the building and used it right until 1927. During this period it was altered several times and after being heavily damaged during World War II was again rebuilt between 1951 and 1953. Today it hosts several catering institutions. 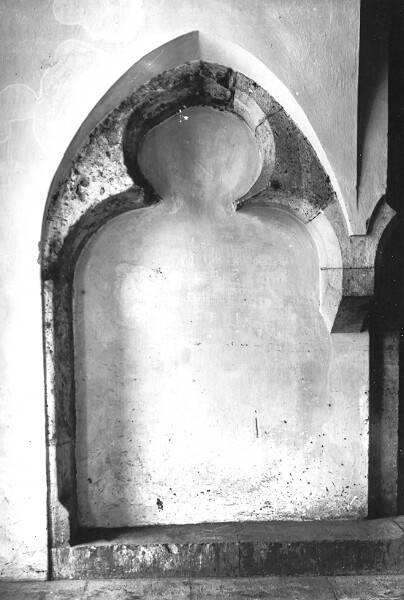 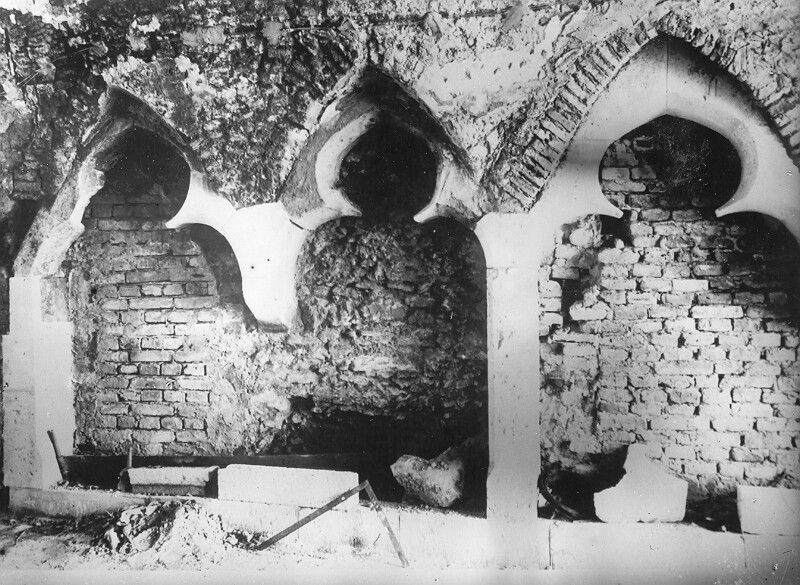 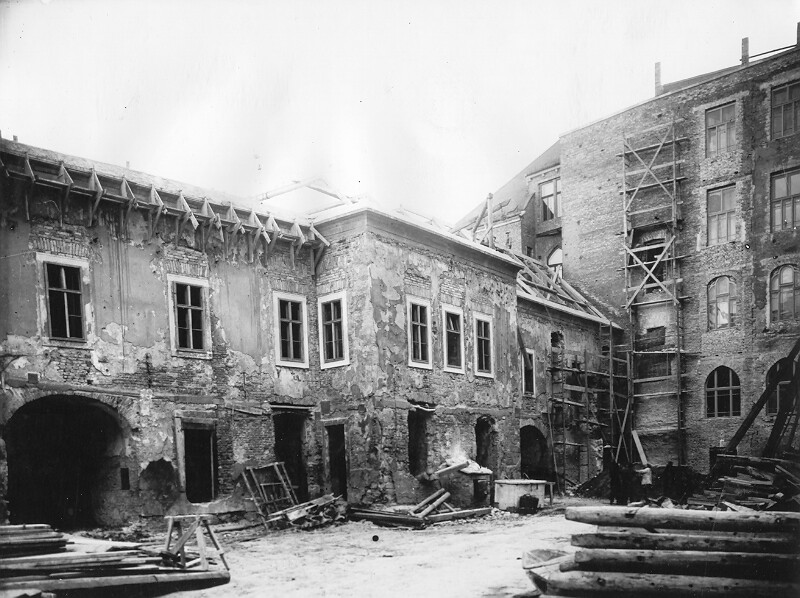