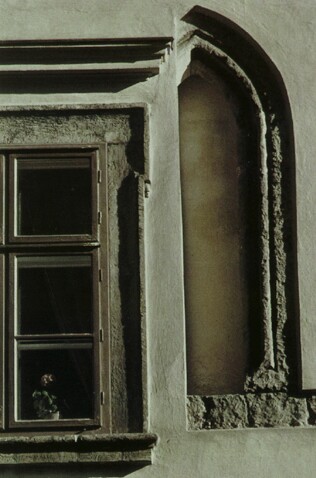 This two-storey corner house which terminates the square from the north has three facades: its frontage gives onto the square, its eastern facade gives onto Táncsics Mihály Street, while the western facade gives onto Fortuna Street. Four separate houses built immediately next to each-other once stood on this site during the Middle Ages: a larger one with a gateway leading to the square, another looking onto today's Fortuna Street while two other looking onto today's Táncsics Mihály Street. The former buildings were separated from one-another by ashlar built quoins.

Most of the medieval architectural elements that can be observed in the building looking onto the square were revealed during excavations while reconstructing the building. On the frontage decorated by Baroque and Neo-Classical elements, the sole indicator of a medieval origin is the reconstructed cellar door west from the gateway. The ground plan of the house has not changed fundamentally. On the ground floor there are two pairs of vaulted premises opening from the barrel-vaulted gateway. At the western side even the stone-framed Gothic doorways have remained. The original Gothic windows on the second floor on both the eastern and western facades led to the conclusion that the building was at least a two-storey one from the very beginning. Based on this the building is dated to between 1260 and 1270 (and thus it is the very first two-storey building in Buda for which a date can be determined).

The building looking onto Fortuna Street and located north from the one previously described used to be smaller, with a narrow pedestrian gateway in the middle. Remains of medieval ashlar-ornamented plasterwork appeared on the frontage of the second building on the eastern side, while on the ground floor of the third house remains of an arcade were uncovered. 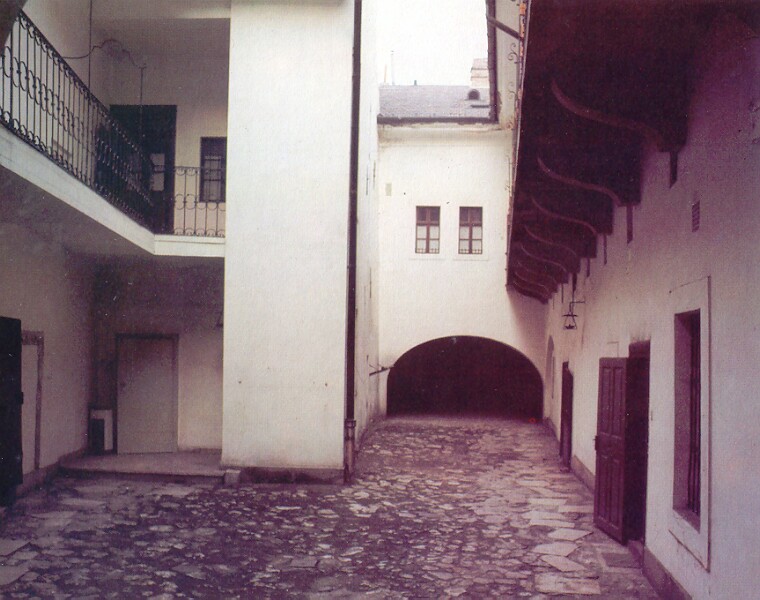 After the Turkish era three houses were built from the remains of the previous four buildings, out of which the one looking onto the square was already referred to as the "To the Red Hedgehog" (zum Rothen Igl) in the registration of 1696. Later the three properties became one and operated as the Red Hedgehog Inn, which hosted numerous dancing parties and theatre performances. Around 1810 major alteration work was carried out on the building, which resulted in its present determining neo-Classical feature. During World War II it only suffered minor damage. During the reconstruction work the Neo-Classical outlook was preserved, but some details from the Middle Ages are also indicated. The building's southern main frontage is a beautiful example of neo-Classical architecture: with gates characteristic of the era and with shop entrances on both sides. Above the simply framed five upstairs windows a relief-ornamented lunette is placed. On the parapet beneath the middle window the high relief of a red-painted hedgehog can be seen, while on the other four ornamental patterns were formed. Traces of the three separate former buildings on the Táncsics Mihály Street side are clearly visible: on the two bays long side facade of the neo-Classical main building remains of the original medieval window appears, while late medieval ashlars partially cover the middle building. The third, northern building is again an example of neo-Classical architecture, though the medieval arcades are also made perceptible. 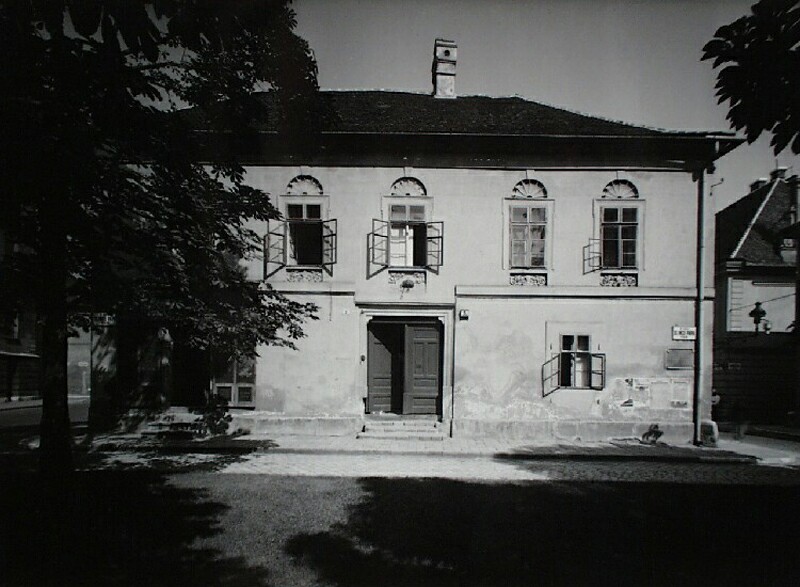 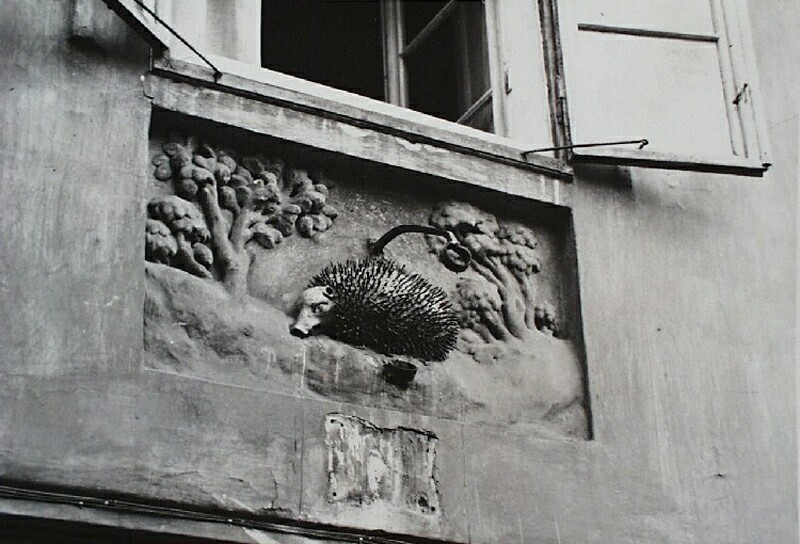